Japan to ban entries from US, China, South Korea, Europe 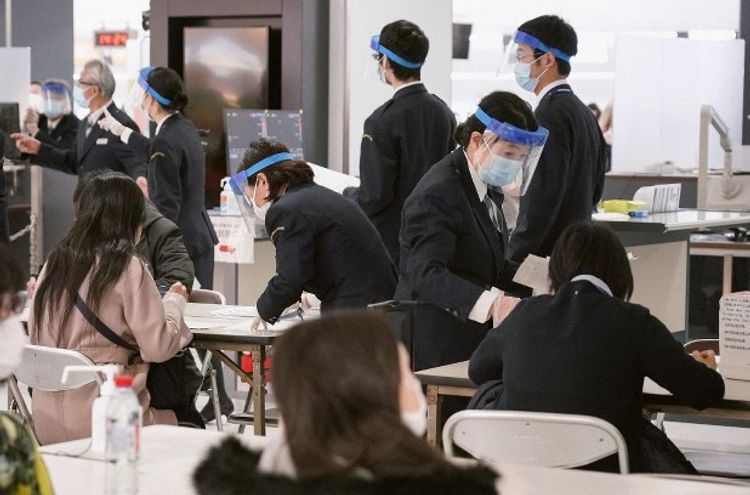 Japanese authorities will fully ban any entry into the country of foreigners coming from the United States, China, South Korea and most European countries to tackle the coronavirus spread, APA reports citing TASS.

Previous restriction were imposed by Tokyo on Chinese and South Korean residents coming from regions most affected by the infection spread, while now the updated rules will apply to the whole countries. As for Europe, Japan is currently refusing entry to foreigners who visited 18 European states including Italy and Spain in the last 14 days.

Moreover, the newspaper notes that similar demands will be presented to foreigners coming from certain African and Southeast Asian states.

Japan has more than 2,600 confirmed coronavirus cases, including around 700 passengers and crewmembers of the Diamond Princess cruise ship, while 66 people died from the virus-related complications.

In late December 2019, Chinese authorities notified the World Health Organization (WHO) about the outbreak of a previously unknown pneumonia in the city of Wuhan, central China. Since then, cases of the novel coronavirus - named COVID-19 by the WHO - have been reported in more than 160 countries, including Russia.

The WHO on March 11 declared the coronavirus outbreak a pandemic. As of now, more than 710,000 people have been infected around the world and over 33,000 have died.