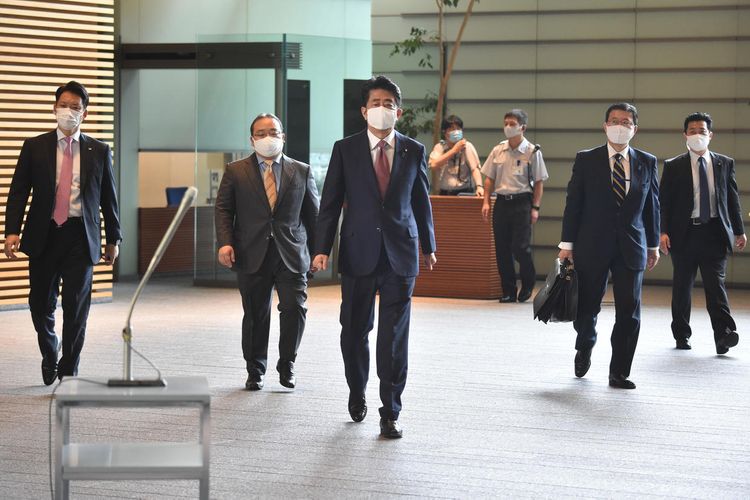 Japanese Prime Minister Shinzo Abe and his Cabinet have resigned, clearing the way for his successor to take over after parliamentary confirmation later Wednesday. Abe, Japan's longest-serving prime minister, announced last month that he was stepping down due to health problems, APA reports quoting CBSNews.

"I devoted my body and soul for the economic recovery and diplomacy to protect Japan's national interest every single day since we returned to power," Abe told reporters at the prime minister's office before heading into his final Cabinet meeting.

He said his health is improving and thanked the people for their support, and asked them to support his successor.