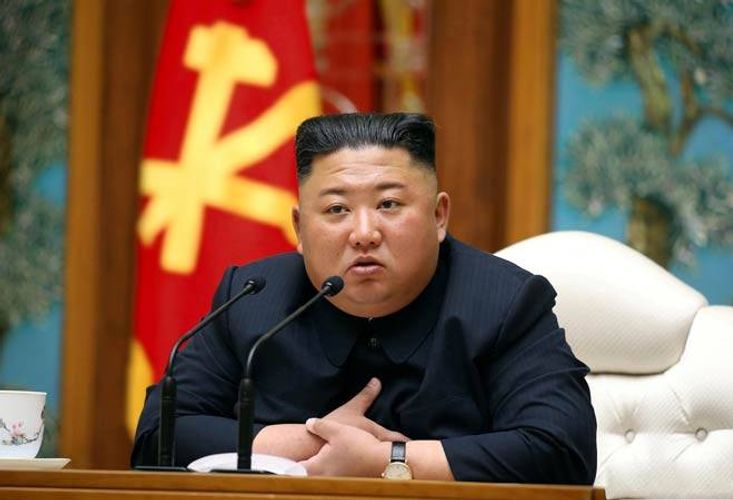 "In accordance with the Russian president’s decree, Chairman of the State Affairs Commission Kim Jong-un was presented with the anniversary medal "75 years of Victory in the Great Patriotic War of 1941-1945" for his major personal contribution to commemorating Soviet citizens who perished and were buried in the Democratic People's Republic of Korea and for caring about preserving burial sites and memorials of Soviet warriors in the DPRK," the Russian Embassy said.

Russian Ambassador Alexander Matsegora handed over the medal to the DPRK’s Foreign Minister Ri Yong-ho at a ceremony on Tuesday at the Mansudae Palace of Congress in Pyongyang.

After the ceremony, the Russian ambassador and the North Korean foreign minister held a brief conversation, "during which they confirmed the commitment to continue active efforts to consistently implement the agreements reached by the leaders of the two countries in Vladivostok in April 2019, aimed at further developing and strengthening multifaceted Russian-Korean cooperation."

According to the Embassy, there are 11 mass graves and 345 individual graves in North Korea, where 1,375 Soviet troops are buried. More than 4,700 Soviet soldiers died of wounds in the battles to liberate Korea in 1945. One of key landmarks in Pyongyang is the Liberation Monument, which commemorates Soviet soldiers who died in the battles to liberate Korea from the Japanese occupation in 1945.