Militants, White Helmets plotting provocations with use of toxic agents in Syria’s Idlib 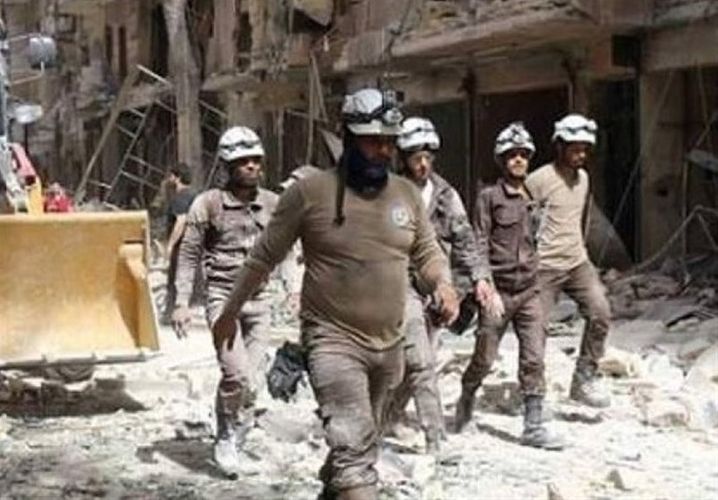 Militants from the Hayat Tahrir al-Sham terrorist group (one of the names of the extremist organization Jabhat al-Nusra, which is outlawed in Russia) are plotting provocations with the use of toxic agents in the south of the Idlib de-escalation zone in Syria, Alexander Grinkevich, deputy chief of the Russian Center for Reconciliation of the Opposing Parties in Syria, said on Sunday.

"The Russian Center for Reconciliation of the Opposing Parties has received information that militants of the Hayat Tahir al-Sham terrorist group are preparing provocation with the use of toxic agents in the southern part of the Idlib de-escalation zone," he told a briefing.

He said that activists of the White Helmets organization are helping to prepare sites for provocations with the use of toxic agents. "According to information we have, activists of the pseudo-human rights organization White Helmets are taking part in preparing sites for plotted provocations and shooting fake videos," he said, APA reports citing TASS.

According to Grinkevich, their plan is to simulate chemical attacks in the settlements of Eriha and Besames within days to place the blame for the use of chemical weapons against civilians on Syrian government forces.

The Russian reconciliation center said in July that militants had manufactured at least 15 explosive devices stuffed with an unidentified substance to stage provocations in Syrian settlements.

The Russian reconciliation center continues to fulfill assigned tasks after the completion of the military campaign in Syria. The center’s officers regularly travel around the country's liberated areas to assess the humanitarian situation. The main efforts of the Russian military are now focused on assistance to the refugees returning to their homes and evacuation of civilians from de-escalation zones.