Modi's party set to lose in local polls in India 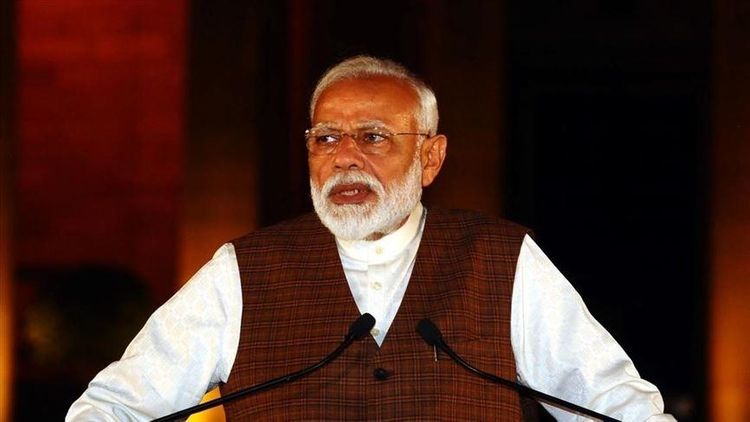 India's ruling Bharatiya Janata Party (BJP) is set to lose a key election on Sunday night to the sitting chief minister in the eastern state of West Bengal, APA reports.

Chief Minister Mamta Banerjee had declared victory earlier in the day before the country's Election Commission results showed Banerjee's Trinamool Congress had already crossed half mark winning 198 out of the total 292 constituencies and leading in 15 seats.

The BJP had won 69 seats, while it led in eight others.

"We are grateful to the people for this landslide victory," Banerjee said on Sunday evening, adding: "Salute to my nation, salute to my people ... I'm proud to say that Bengal saved the country."

The election in West Bengal was the most high-profile contest in the regional elections of four states and one union territory, as the BJP, led by Prime Minister Narendra Modi, pulled out all stops for its candidates' campaigns amid the coronavirus spike in the country.

The party, which has held power in New Delhi since 2014, has been unable to wrest control of West Bengal from the Trinamool Congress.

Political analysts believe the BJP's loss in West Bengal will "dent the image" of Modi as a "political strong man."

"It is certainly very damaging for the party. But it still remains strong in the Hindi-speaking areas of Bihar, and UP [Uttar Pradesh], Madhya Pradesh," political commentator Manoj Joshi told Anadolu Agency, adding that "it is true that Modi made this a prestige issue and it will dent his image as a political strong-man."

India has been recording an exponential increase in novel coronavirus cases, crossing the 400,000 mark in daily infections for the first time on Saturday. The rise has strained the country's healthcare system and led to an acute shortage of beds, medical oxygen and treatment drugs.

On Sunday, the election commission results also indicated a win for the incumbent Left Democratic Front in the Kerala state, while the BJP retained the northeastern state of Assam and union territory of Puducherry.

In the southern state of Tamil Nadu, the alliance led by the regional Dravida Munnetra Kazhagam party is set to win the ballot.

"The Centre will continue to extend all possible support to the West Bengal Government to fulfil people's aspirations and also to overcome the COVID-19 pandemic," he said on Twitter.

In another tweet, Modi said the presence of his party increased in the state. "From a negligible presence earlier, BJP's presence has significantly increased. BJP will keep serving the people. I applaud each and every Karyakarta [worker] for their spirited effort in the polls," he said.