Mousavi: "Regional security not to be achieved by obeying US" 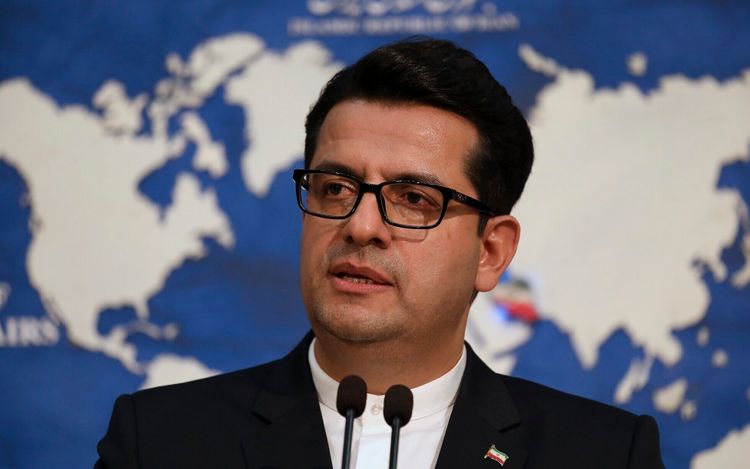 Iranian Foreign Minister Spokesman Abbas Mousavi underlined the fact that regional security will not be achieved by obeying the United States, saying the only way for establishing security and stability in the region would be to change hostile behaviors and also maintain regional cooperation, APA reports citing IRNA.

Reacting to the interventionist remarks made by officials of some regional countries like Saudi Arabia and Bahrain, Mousavi said that surprisingly, countries such as Saudi Arabia, which is by itself a source of terrorism and extremism in the region and has for years acted to destabilize the region by supporting terrorist groups such as al-Qaeda and ISIS, have made baseless accusations against Iran which has cut off terrorists from the region.

Supporting the demands by the US representative during his regional tour who sought continuation of Iran's arms embargo by the countries which for over five years have been killing Yemeni women and kids is a bitter irony that we are observing these days, he continued.

It is time for these countries to stop blindly following the unwise remarks of the US as a country that by itself stands out as the symbol of cruelty and injustice in the world, the Iranian diplomat said.

Mousavi further urged these countries to understand that regional security will not be achieved by obeying US.

US and Bahrain in a joint statement on Monday night called for extending arms embargo on Iran.

In their statement, they claimed that Iran has disturbed security and stability in Bahrain by provided terrorists with weapons.

US Secretary of State Mike Pompeo earlier claimed that the US is still a participant to the UNSC Resolution 2231 and can request an extension of Iran’s arms embargo based on the Article 11 of the Resolution.

With its unilateral exit from Iran nuclear deal two years ago, the United States violated its commitments under the 2015 multilateral accord and a subsequent UNSC Resolution 2231 as well.