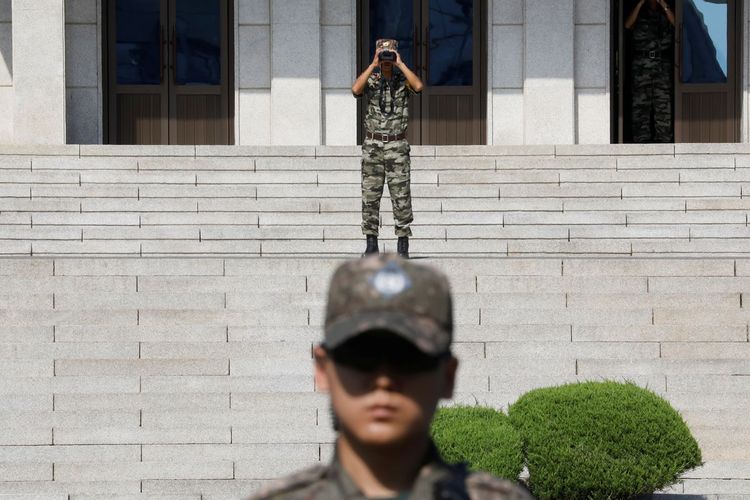 Recent comments from U.S. President Joe Biden and members of his administration show he is intent on maintaining a hostile policy toward North Korea that will require a corresponding response from Pyongyang, North Korean officials said on Sunday.

The officials' comments came in a series of statements carried on state news agency KCNA, after the White House on Friday said U.S. officials had completed a months-long review of North Korean policy.

In one statement, a Foreign Ministry spokesman accused Washington of insulting the dignity of the country's supreme leadership by criticizing North Korea's human rights situation.

The human rights criticism is a provocation that shows the United States is "girding itself up for an all-out showdown" with North Korea, and will be answered accordingly, the unnamed spokesman said.