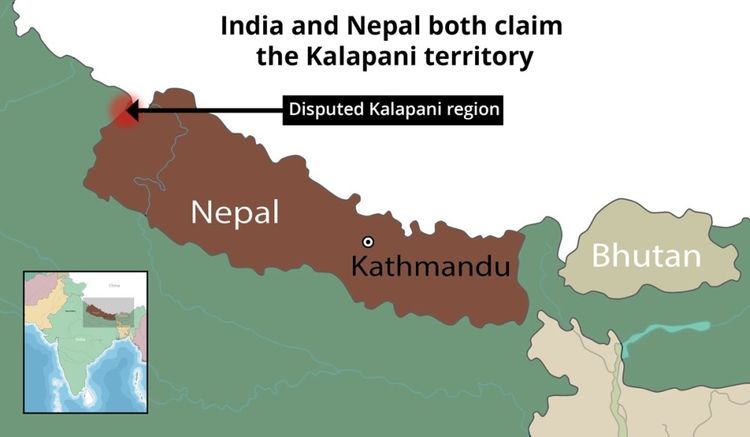 The lower house of Nepal’s parliament on Saturday approved a new map of the country, including areas disputed with India, the speaker of the national legislature said, APA reports citing Reuters.

The move signals a hardening of Nepal’s position over a decades-long border row that has strained ties between the South Asian neighbours.

India has rejected Nepal’s new map, calling it an “unilateral act” that is not based on historical facts or evidence.

Nepal published its revised map in May after India inaugurated a 80 km (50 miles) road connecting its northern Uttarakhand state with Lipulekh on the border with Tibet that passes through the land Nepal says belongs to it.

The map shows a sliver of land on the northwest tip of Nepal as the Nepali territory.

Agni Prasad Sapkota, Speaker of Nepal’s House of Representatives, said the new map was approved by 258 out of 275 members of parliament, exceeding the required two thirds majority. There were no votes against.

The map must also be passed by the National Assembly, the parliament’s upper chamber, and approved by President Bidhya Devi Bhandari before it becomes a part of the constitution.

Prachanda, a former prime minister and chief of the ruling Nepal Communist Party, said Nepal did not want to complicate the matter and seeks a peaceful settlement.

“We want to resolve the issue with India through peaceful talks at the political and diplomatic levels,” Prachanda, the former Maoist rebel chief, who still goes by his war nom de guerre, said in parliament on Saturday.

There was no immediate comment from India on the parliamentary vote.