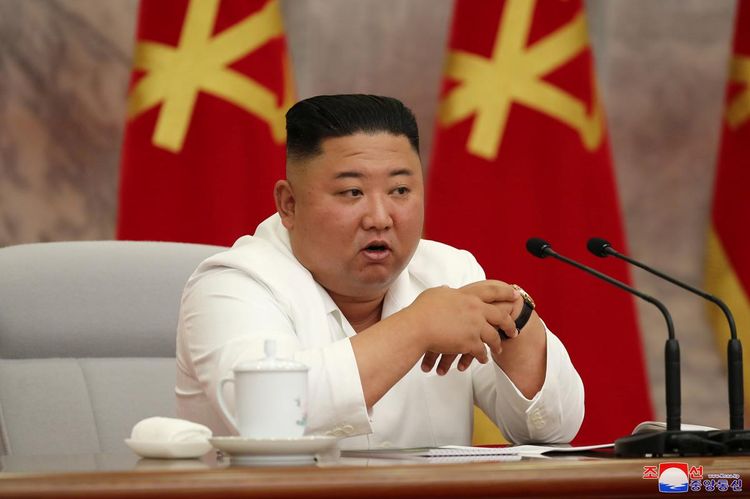 North Korea’s leader has sacked officials building a hospital after they pressed the public for contributions, media reported on Monday, the second rebuke linked to the high-profile project in a country where such problems are rarely publicised, APA reports citing Reuters.

Leader Kim Jong Un ordered the Pyongyang General Hospital to be built by the 75th anniversary of the founding of the ruling Workers’ Party in October, calling it a “top priority” in improving public health in the face of the novel coronavirus.

But during his latest visit to the site, Kim fired a group of project managers, called the construction coordination commission, for failing to allocate a proper budget and supplying equipment and materials from ordinary citizens.

“He severely rebuked them for burdening the people by encouraging all kinds of ‘assistance’,” the KCNA state news agency reported, calling the incident a “serious digression” from party policy.

KCNA released photographs of a serious-looking Kim speaking at the site with officials wearing masks.

It was his second rebuke for the managers this month. He earlier criticised them for causing delays with “inattention” and violating unspecified anti-epidemic rules.

Kim praised builders on the project for making rapid progress despite “difficult situations” but told the party to “investigate the performance of the construction coordination commission as a whole and replace all the officials responsible”, KCNA reported.

Yang Moo-jin, a professor at the University of North Korean Studies in Seoul, said the sackings suggested a setback for a prestigious project and hinted at broader difficulties facing the economy.