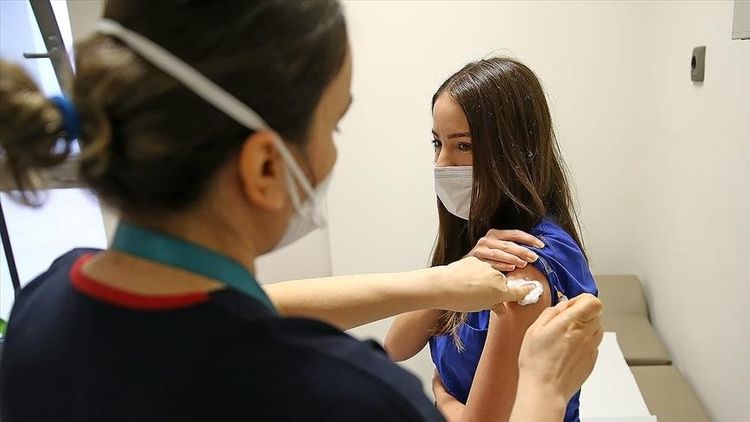 More than 12.2 million people to date have received their first doses, while second doses have been given to over 7.79 million, according to the data.

In the commercial hub Istanbul, home to nearly one-fifth of Turkey’s population, over 3.17 million coronavirus vaccine jabs were administered, including more than 1.97 million first doses and 1.2 million second doses.

Following Istanbul, more than 1.59 million coronavirus vaccine jabs were given in the capital Ankara.

On Jan. 14, Turkey began a mass COVID-19 vaccination campaign, starting with healthcare workers along with top officials to encourage public confidence in the vaccines.

In the face of rising case and fatality numbers, Turkey announced the return of weekend curfews in high-risk areas, as well as other restrictions, in addition to special measures for the Muslim holy month of Ramadan.

Since December 2019, the pandemic has claimed over 3 million lives in 192 countries and regions, according to figures compiled by the US' Johns Hopkins University. Over 141.4 million cases have been reported worldwide, with recoveries now over 80.77 million.

The US, India, and Brazil remain the worst-hit countries in terms of the number of cases.