Over 20,000 gather in Bangkok for anti-government rally 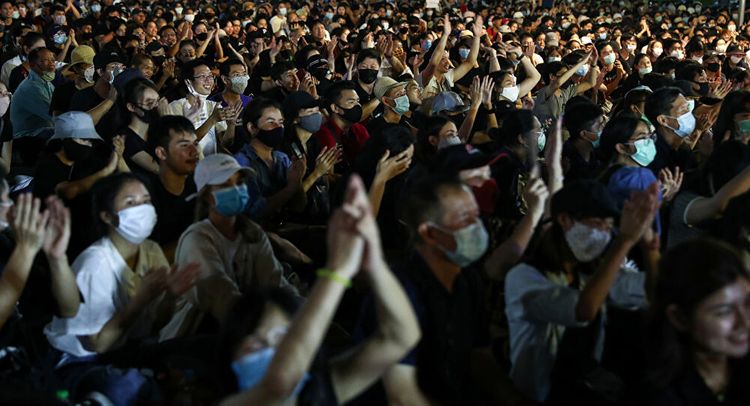 More than 20,000 of mostly young people protested in Bangkok on Sunday against the government of Thailand's former junta leader, the largest such demonstration in years, APA reports quoting Sputnik.

"We estimate that more than 20,000 people attended today," a member of the Free Youth movement, a student-led organization behind the protest, told Sputnik.

The organizers gathered over 19,000 signatures under a petition calling to rewrite the constitution, which was created while the military was in power from 2014-2019.

The police said that some 12,000 people had turned up, but the counting was made within a confined perimeter of the square where the main rally was held and did not include thousands thronging nearby streets.

The demonstrators called for the resignation of Prime Minister Prayut Chan-o-cha and the parliament's dissolution to pave the way for a new government that would be free from the military clutch.

"We, the youth, should rethink the ways our forefathers lived by. We realize we can no longer live under a dictatorship whose powers are enshrined in the existing constitution," a speaker said from the tribune.

In what was unthinkable only a few years ago, the protesters demanded that the monarch's powers be limited. A rival rally of Thai king's loyalists was held nearby but their numbers were underwhelming.