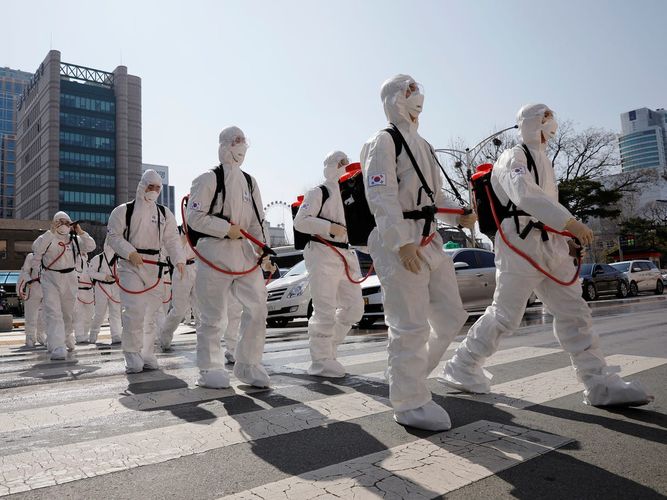 South Korea on Monday said spread of the pace of new coronavirus cases “slowed” in the country, as it detected lowest number of new cases for the first time since Feb. 26, APA reports citing Anadolu.

Korea Centers for Disease Control and Prevention said the pace of new infections slowed after the “extensive testing of members of a religious sect […] was completed”, according to Yonhap news agency .

The 96 new cases were identified between midnight Sunday and 4 p.m. local time (0700GMT), bringing the total of number of confirmed cases to 7,478, the news agency said.

Around 63% confirmed cases are said to have been found among followers of a branch of the Shincheonji religious sect in Daegu province which has a population of 2.5 million -- country's fourth-largest city.

A total of 51 people, mostly elderly patients with underlying illnesses, died in South Korea due to coronavirus, also known as COVID-19.

The coronavirus has infected more than 110,000 people across the world, according to Worldometer, a website compiling number of cases of the coronavirus.

The death toll has risen to 3,831 across the world, including 3,120 in China, where the virus outbreak first emerged in the city of Wuhan last December.