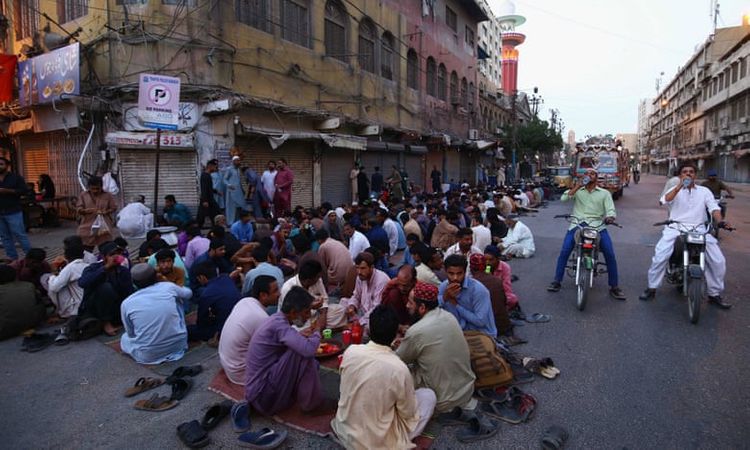 Pakistan has closed land crossings with Iran and Afghanistan for travellers and slashed international flights as the government warned of a “critical” few weeks ahead in the battle against Covid-19, APA reports citing The Guardian.

The border restrictions were announced yesterday as the country prepared to mark the Muslim holiday of Eid al-Fitr, which usually sees the mass movement of people between cities and villages as well as the return of migrant workers and overseas Pakistanis for celebrations.

The latest dispatch from Agence France-Presse states that from Wednesday, 80% of flights would be suspended for two weeks, mainly from the Middle East, until mid-May when the Eid holidays are over.

Foot crossings with Iran and Afghanistan would also be sealed, the country’s coronavirus task force said, adding that trade would be exempt.

Flights and land crossings with neighbouring India - reeling from a devastating outbreak with hundreds of thousands of new cases a day - were already closed before the pandemic because of political tensions.