Philippine president to be tested for virus, palace cleaned 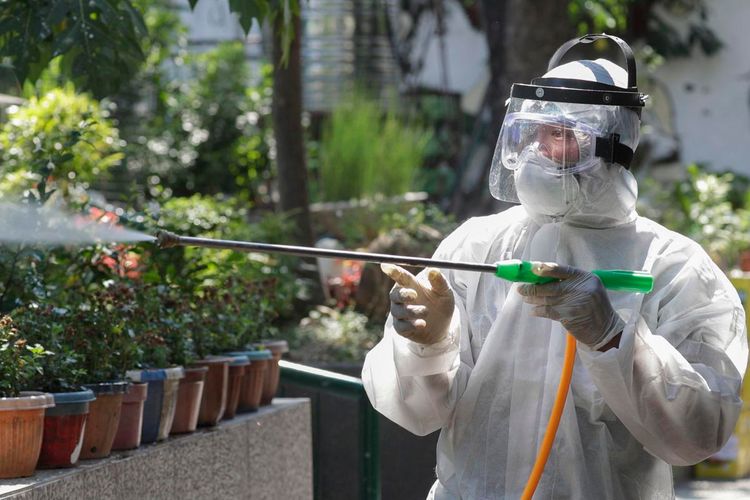 Philippine President Rodrigo Duterte would be tested for the new coronavirus Thursday after he met with Cabinet officials who were exposed to infected people and have now self-quarantined, official said Thursday, APA reports citing The Star.

Duterte has no symptoms of COVID-19 but wanted to make sure he is healthy and could continue to engage with the public, said Sen. Christopher Lawrence “Bong” Go, a former presidential aide who still accompanies Duterte to official functions.

“Considering that some Cabinet members we engage with regularly have been exposed to individuals who were tested positive of COVID-19 .... it is just prudent for us to take precautionary measures in compliance with the advice of our health officials,” Go said.

Go, who had been an aide to Duterte for years before being elected to the Senate last year, told reporters he and Duterte planned to be tested but did not elaborate.

At least five Cabinet members, including Finance Secretary Carlos Dominguez, have said they were exposed separately to COVID-19 patients and decided to self-quarantine, officials said.

Presidential Communications Secretary Martin Andanar said some finance officials who have been with Dominguez later gave a news briefing to reporters at a presidential palace briefing room, which would now be disinfected along with a media working area.

Quarantines and avoiding or restricting public interactions has been a primary method of trying to prevent the spread of the virus.

Philippine health officials have reported 49 cases of infections and two people, a Chinese and a Filipino, have died.

The illness causes mild to moderate symptoms in most people but can be severe in the elderly and people with other health problems.

The 74-year-old Duterte, who skipped work due to illness a number of times last year, postponed a trip to Boracay island on Thursday due to concerns over COVID-19, presidential spokesman Salvador Panelo said. He had planned to travel to the famed beach resort to promote domestic tourism amid a slump in arrivals of foreign tourists because of the pandemic.