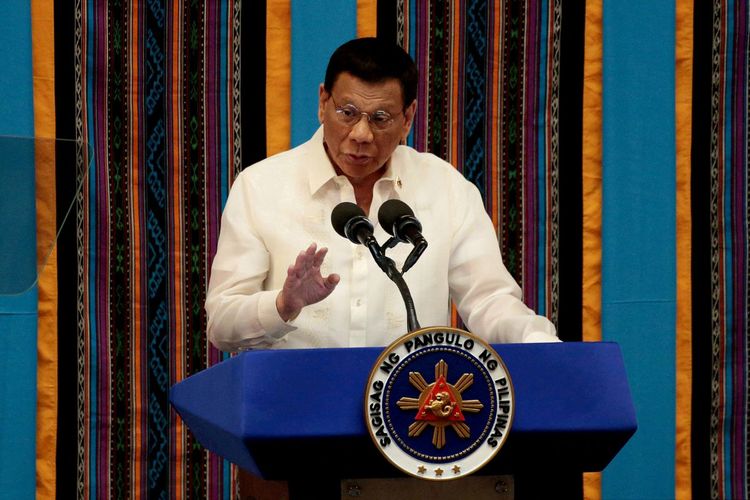 Philippine President Rodrigo Duterte said on Monday he was prepared to send his military ships in the South China Sea to “stake a claim” over oil and mineral resources in the disputed part of the strategic waterway, APA reports quoting Reuters.

With some critics complaining Duterte had gone soft by refusing to push Beijing to comply with an arbitration ruling, he said the public can be assured he would assert the country's claims to resources like oil and minerals in the South China Sea.

"I'm not so much interested now in fishing. I don't think there's enough fish to quarrel about. But when we start to mine, when we start to get whatever it is in the bowels of the China Sea, our oil, by that time I will send my grey ships there to stake a claim," Duterte said in a late night public address.