Philippines impose home quarantine "to save ourselves from ourselves" 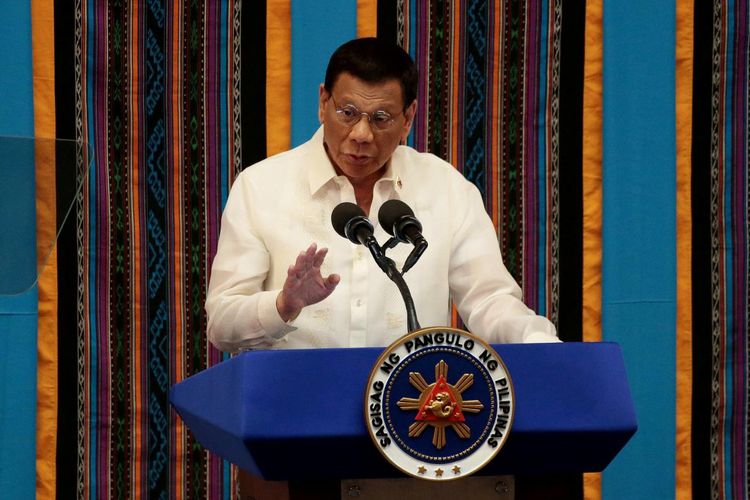 The Philippines imposed strict home quarantine measures and a halt on work and transport across its main island of Luzon on Monday, putting half of the population on lockdown in an aggressive bid to quell rising cases of coronavirus, APA reports citing Reuters.

The government would with immediate effect compel people to remain in their homes and reliant on deliveries of food and medical supplies, while transport and work would be suspended except for essential services, Presidential spokesman Salvador Panelo said.

“The president’s ultimate goal is to save ourselves from ourselves,” Panelo said in a television interview.

The measures, if implemented fully, would be among the strictest in place in Asia, as the country grapples to contain an outbreak that has seen confirmed cases rise to 140 - from only three cases 10 days ago - with 12 deaths.

“We are the soldiers but we are also the enemy,” Panelo said in another interview. “We are enemies with ourselves. We are the carriers of the virus.”

The measures would be an expansion of a lockdown of Metropolitan Manila that came into effect at the weekend and prescribed stringent immigration curbs, bans on public gatherings, social distancing, the shutting of malls and a halt to non-essential movements in and out of the city.

The main island of Luzon is home to more than half of the country’s 107 million population.

The country saw 47 new confirmed cases on Saturday and 29 on Sunday.

Panelo gave contradictory statements on the extent to which work and travel would be suspended and whether supermarkets would be closed.

Panelo said banks would be closed, while cash machines would remain available. However, asked about the presidential spokesman’s remarks on closing banks, the central bank governor, Benjamin Diokno, said in a text message to Reuters that there “was no truth to the rumor” banks would be shut.

Duterte was expected to address the country later on Monday.

“We will not allow a rush to getting food and supplies,” Panelo said, even as Filipinos in the capital flocked to shops in a frenzied rush for food stocks. “Food and essential needs will be delivered in homes, he said.

There were no fresh guidelines immediately available but some issued over the weekend mentioned there could be scope for “enhanced community quarantine” which would mean strict home quarantine in all households, transport suspended, food and essential health services regulated and a “heightened presence of uniformed personnel” to enforce procedures.

Panelo earlier told reporters it was “a matter of national survival”.