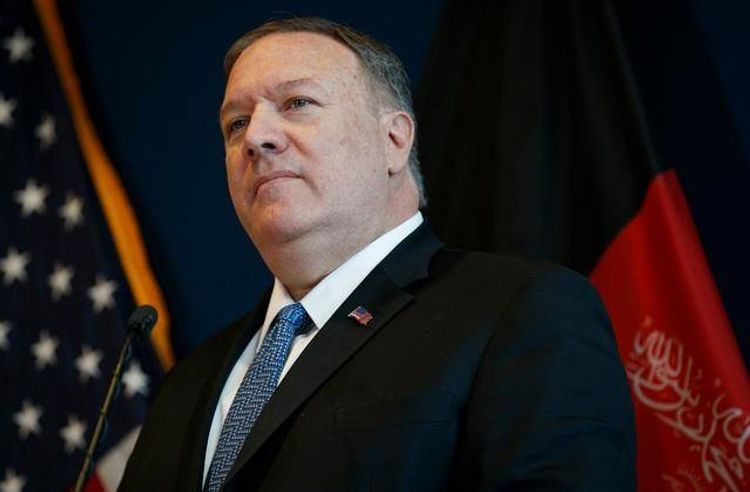 U.S. Secretary of State Mike Pompeo arrived Monday in Kabul on an urgent visit to try to move forward a U.S. peace deal signed last month with the Taliban, a trip that comes despite the coronavirus pandemic, at a time when world leaders and statesmen are curtailing official travel, APA reports citing Reuters.

Since the signing of the deal, the peace process has become stalled amid political turmoil in Afghanistan, with the country’s leaders squabbling over who was elected president.

President Ashraf Ghani and his main rival in last September’s presidential polls, Abdullah Abdullah, have both declared themselves the country’s president in dueling inauguration ceremonies earlier this month.

The urgency of Pompeo’s surprise visit was highlighted by the fact that the State Department has warned American citizens against all international travel, citing the spread of the new coronavirus. Pompeo has canceled at least two domestic U.S. trips because of the outbreak, including one to a now-canceled G7 foreign ministers meeting that was to have taken place in Pittsburgh this week. That meeting will now take place by video conference.

Pompeo’s visit is also extraordinary for the fact that the U.S., like the United Nations, had earlier said it would not again be drawn into mediating between feuding Afghan politicians. While the Afghan election committee this time gave the win to Ghani, Abdullah and the election complaints commission charged widespread irregularities to challenge Ghani’s win.