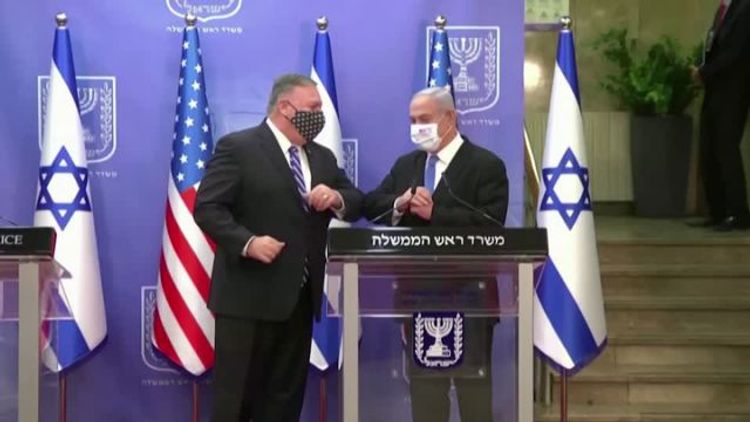 U.S. Secretary of State Mike Pompeo arrived in the Gulf state of Bahrain on Tuesday as part of a Middle East tour following an accord between Israel and the United Arab Emirates to normalise relations, APA reports citing Reuters.

Israel and the United States have said they are pushing more Arab countries to follow suit. Israel’s intelligence minister has mentioned Bahrain as a possible candidate.

“Glad to arrive in the Gulf today ... We need Gulf unity now more than ever to counter Iran and to build lasting peace and prosperity,” Pompeo said on Twitter.

He said it was vital to seize the momentum of the U.S.-brokered deal on normalising relations between Israel and the UAE which was announced on Aug. 13.

Pompeo travelled first to Jerusalem and was in Sudan on Tuesday. He is also expected to visit the UAE.