Russia, US, China, Pakistan to discuss how to boost Afghan talks on April 30 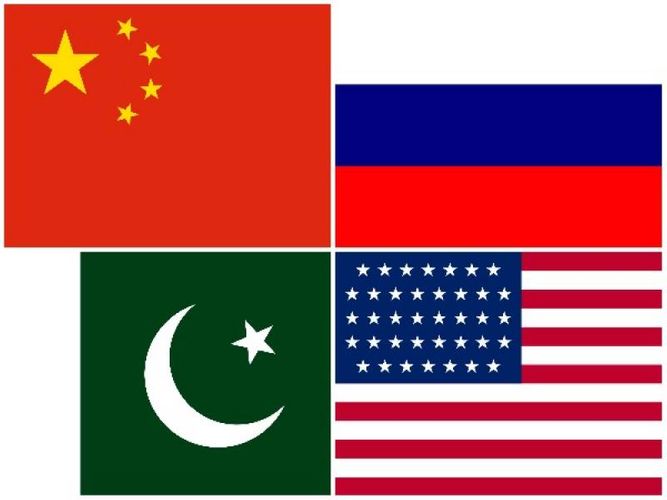 The members of the Extended ‘Troika’ on the Peaceful Settlement in Afghanistan (Russia, the United States, China and Pakistan) will meet on Friday, April 30, to hammer out a single position on advancing the intra-Afghan talks, Russian Special Presidential Representative for Afghanistan Zamir Kabulov told TASS on Wednesday, APA reports.

"I confirm that a meeting of the Extended ‘Troika’ will take place on April 30 and will be attended by myself, [US] Special Representative [for Afghanistan Zalmay] Khalilzad and representatives of Pakistan and China," he said. "We will be discussing solutions to the current situation in the intra-Afghan negotiations. We will be trying to work out a common position to give an impetus for the talks to take place."

"Time will tell how that turns out," Kabulov added.

On March 18, Moscow hosted a regular round of the Extended ‘Troika’ talks with the participation of Russia, China, the United States and Pakistan as well as representatives of the Afghan government and the Taliban (banned in Russia), Afghan politicians, Qatar and Turkey.