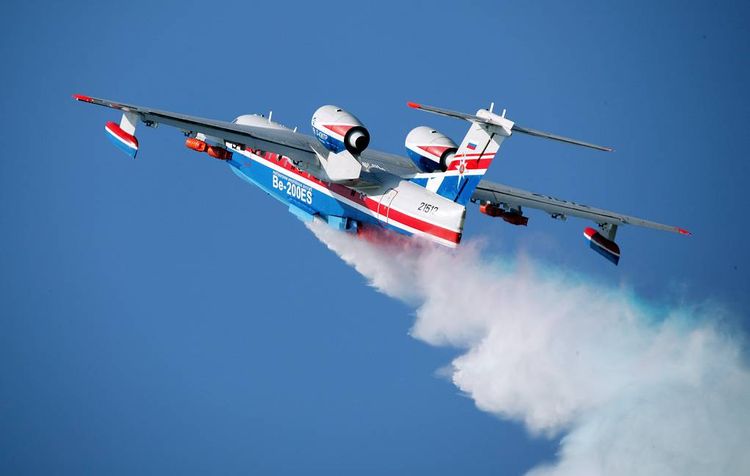 Over the next four months, the aircraft with Russian crews will monitor the environs of Antalya, Izmir, and Bodrum.

"Two Russian Be-200ES amphibious planes arrived in Turkey and on June 16 [they] began work on preventing the spread of forest fires in the Republic of Turkey. The conclusion of the service agreement and the dispatch of the aircraft were organized by the United Aircraft Corporation (UAC within Rostec State Corporation) with the assistance of Russian Ministry of Industry and Trade, Russian Ministry of Emergency Situations, and the active support of Rostec representatives in Ankara," says the UAC statement.

The corporation noted that earlier the Turkish Ministry of Agriculture and Forestry had approached Russia with a request for aid in fighting forest fires in the upcoming hot season.

"The Russian Be-200 is a high-performance amphibious aircraft with unique features. The plane proved its effectiveness during firefighting and rescue operations in Europe and Southeast Asia. The Be-200ES is export-oriented and is of great interest to foreign clients. By teaming up with [our] Turkish partners this shows that we have great potential to foster cooperation, including the delivery of aircraft to renovate Turkye’s firefighting fleet," UAC General Director Yury Slyusar was quoted in a statement.