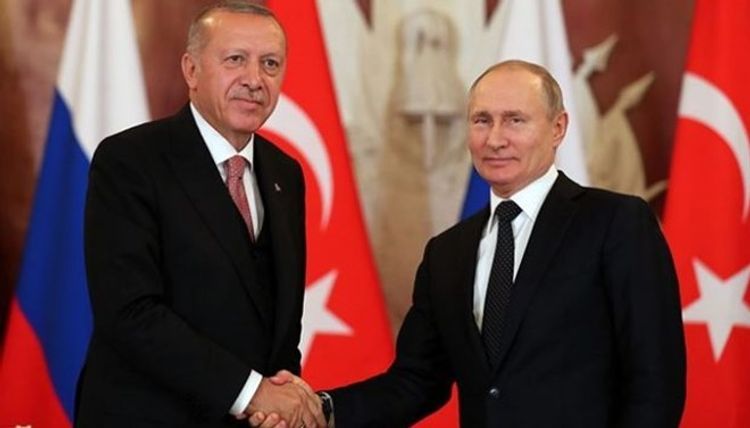 Russian President Vladimir Putin and President of the Republic of Turkey Recep Tayyip Erdogan had a telephone conversation, APA reports citing the press service of Kremlin.

The topic of combating the spread of coronavirus infection was discussed in detail, in detail, taking into account the epidemiological situation in Turkey. The readiness of Russia to build up practical cooperation in this direction was emphasized. In particular, we are talking about the earliest organization, starting this month, of the supply of the Russian Sputnik V vaccine. The possibilities of establishing its joint production at Turkish enterprises are also being considered.

Recep Tayyip Erdogan thanked for the assistance provided by the Russian side. In mutual opinion, the anti-epidemic measures taken will make it possible to achieve a radical improvement in the situation and resume bilateral ties in the tourism sector.

The constructive nature of the interaction between Russia and Turkey aimed at further stabilization in Syria was noted. They expressed their disposition for further coordinated work in order to advance the inter-Syrian dialogue within the framework of the Constitutional Committee, as well as an uncompromising struggle against the remnants of terrorist groups in a number of regions of the Syrian Arab Republic.

When discussing the situation in Libya, it was agreed to continue to support the efforts of the Government of National Unity to strengthen the integrity of the country with due regard for the interests of the main political forces and regions.

The issues of the Nagorno-Karabakh settlement were also touched upon, including in the context of the activities of the Russian-Turkish Center for Controlling the Ceasefire and all hostilities in the conflict zone.

The leaders agreed to continue personal contacts and develop regular bilateral dialogue through other channels.