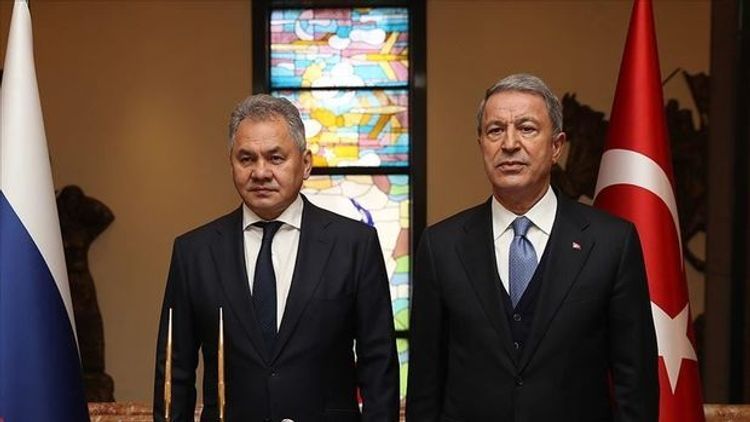 Russian and Turkish defense ministers Sergei Shoigu and Hulusi Akar held a telephone conversation during which they discussed the implementation of the agreements in Syrian Idlib, APA reports citing TASS.

“Issues related to the implementation of the additional protocol to the Memorandum on the stabilization of the situation in the Idlib de-escalation zone were discussed,” RIA Novosti quoted the message of the defense department.

As noted, the conversation was initiated by the Turkish side.

Earlier, the Center for the Reconciliation of the warring parties in Syria said that the number of shellings in Idlib decreased after the agreements between Russia and Turkey.

On March 5, negotiations between the Turkish leader Recep Tayyip Erdogan and Russian President Vladimir Putin over the aggravation of the situation in Idlib took place in Moscow. Following the meeting, a joint document was adopted.