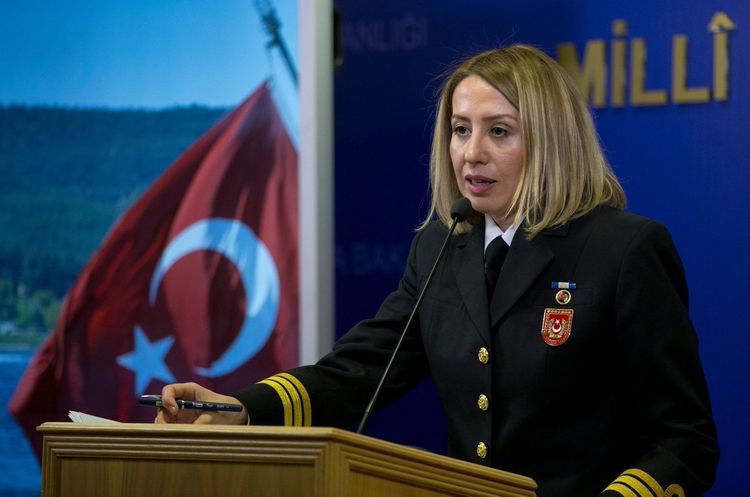 “We will continue to stand by and to provide support to our Azerbaijani brothers in their righteous struggle from now on just as we have done so far”, said head of Public relations department of Turkey’s Ministry of Defense Şebnem Aktop in her evaluation of the topics on agenda, APA’s local bureau reports.

The ministry’s official reminding that Armenia has been continuing its inhumane attacks against Azerbaijan started by it since September 27, stressed that the occupant country targeting civilians, shelling residential settlements despite of the ceasefires accepted on October 10, 18, 26 and thereby violating requirements of international law also commits war crimes: “In these attacks so far, 91 Azerbaijani citizens lost their life, while 404 were wounded”, Ş.Aktop noted.