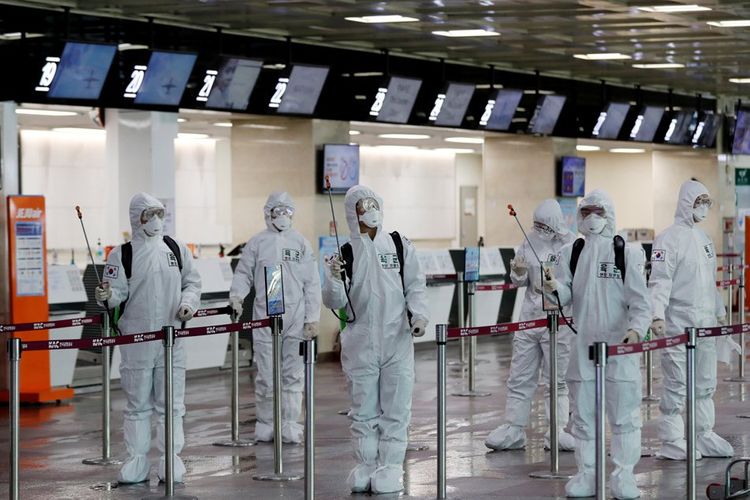 South Korea’s coronavirus cases jumped above 7,000 on Saturday, up by 448 from the previous day, with more than half of the total number linked to a secretive church at the center of the country’s outbreak, health authorities said, APA reports citing Reuters.

The death toll rose by two to 46, according to the Korea Centers for Disease Control and Prevention (KCDC).

Since mid-February when a woman tested positive after attending services at a branch of the Shincheonji Church of Jesus in the southeastern city of Daegu, the number of infections has exploded in South Korea, giving it the most cases outside China.

There are 7,041 cases in total including a new small cluster of cases reported on Saturday at an apartment complex in Daegu, where some members of the church live, the KCDC said.

While 448 new cases remains a sizeable jump, it marked a third straight day of declines in the number of new cases for South Korea.