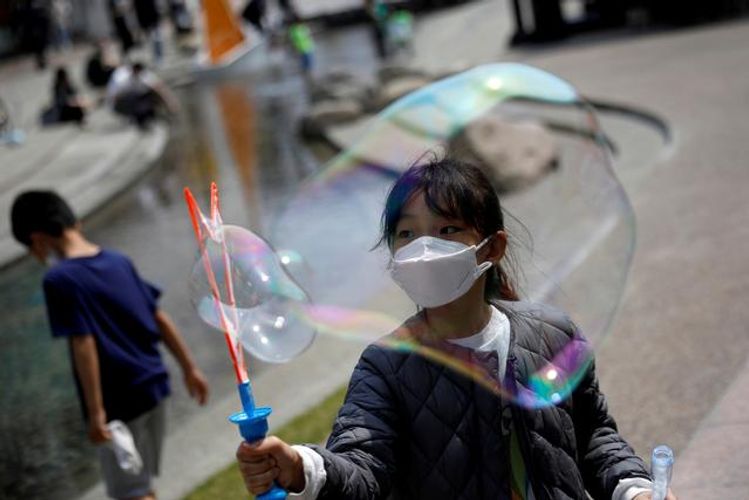 The health ministers of South Korea, China and Japan will get together by video conference on Friday to discuss ways to work together in the global campaign against the novel coronavirus, South Korean officials said, APA reports citing Reuters.

The meeting is the first between top health officials of the East Asian neighbours since the outbreak emerged in the central Chinese city of Wuhan late last year.

“The ministers will exchange views on the latest COVID-19 situation and related policy of each country,” South Korea’s Vice Health Minister Kim Gang-lip told a briefing, referring to the disease caused by the new coronavirus.

All three countries are optimistic they have got their outbreaks under control and are looking to get their economics back on track while keeping a wary eye out for any second waves of infection.

China’s Wuhan is seeking to test all of its 11 million residents for the coronavirus after a small cluster of new cases stoked fears after a long lockdown was lifted.

Japan lifted a state of emergency in large swaths of the country on Thursday but major cities remain under restrictions and new testing indicated the outbreak in Tokyo was wider than the figures showed.

South Korea, which suffered the first major outbreak outside China, has been held up as a coronavirus mitigation success story, bringing its daily rate of cases down to near zero without major disruptions, thanks to intensive testing and contact tracing.

But a recent spike in infections linked to nightclubs and bars in some Seoul nightlife districts has led to the re-closing of some night spots and the postponement of the opening of schools by a week.

The Korea Centers for Disease Control and Prevention (KCDC) on Friday reported 27 new cases as of midnight on Thursday, taking the total to 11,018. South Korea’s death toll remained unchanged at 260.

Seventeen of the daily tally were traced to the clubs, while five were imported cases, Kim said.

Authorities are scrambling to find some 2,000 nightclub customers with the help of mobile phone location data and CCTV footage after information many of them provided in line with quarantine rules turned out to be incomplete or false.

The government has promised to ensure the privacy of people coming forward for testing because several of the clubs are popular with members of the lesbian, gay, bisexual, transgender (LGBT) community.

“If you hide your movements or provide inaccurate accounts, it will slow our efforts to find infections, spread community transmissions and make it difficult for us to maintain our current management system.”