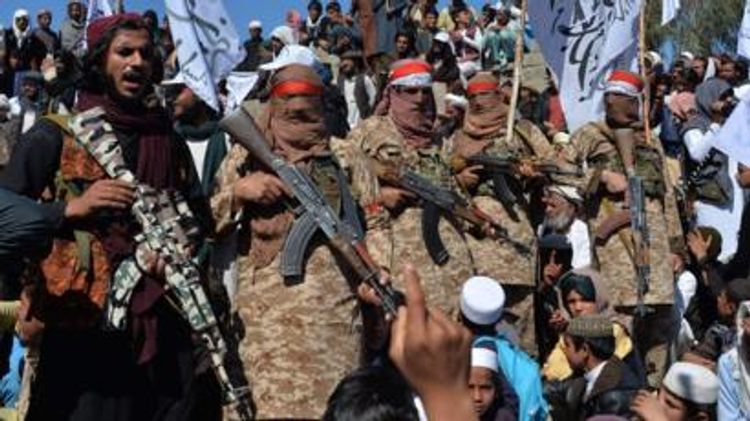 Some political leaders joined foreign envoys in Afghanistan in offering assurances of support for women’s rights on International Women’s Day, but the Taliban did not join in the global commemoration, APA reports citing Reuters.

Just over a week after the Islamist militant group and the United States signed a deal intended to end an 18-year-old war, many Afghan women are worried about what it will mean for their rights.

“We respect women, we congratulate our women - mothers, sisters, wives and relatives - but not under the name of 8th March, as Women’s Day, because it is not in Islam and Sharia,” Taliban spokesman Zabihullah Mujahid said.

The Taliban did not allow women to be educated or leave the house without a male relative when it ruled Afghanistan from 1996 to 2001, and forced them to cover their faces.

The group says it would now allow women to be educated and work. But many women worry that the deal reached last month with the United States does not include adequate safeguards of women’s rights.

They fear a U.S. troop withdrawal, the winding down of international engagement and re-emergence of the Taliban in politics will see progress for women since 2001 snuffed out.

“I think we women do not need the Taliban to congratulate us on Women’s Day... women used the day to show the Taliban that women will not go backwards,” said Fawzia Koofi, a politician and women’s rights activist.

The U.S. Embassy tweeted a photo of U.S. Special Envoy Zalmay Khalilzad meeting judges, many of them women. NATO posted a video of its civilian representative, Nicholas Kay, promising to support peace built on full respect for women’s rights.

European ambassadors wrote an opinion piece for popular media organization Tolo supporting women’s rights. Afghanistan’s first lady, Rula Ghani, said “no decision on peace will be taken without their presence and behind the curtains in the hope of a permanent peace in our beloved country.”

But Lina Rozbih, a Washington-based Afghan journalist, expressed the doubts of other when she tweeted in Dari.

“If (Taliban spokesmen) Suhail Shaheen or Zabihullah Mujahid, today on the occasion of Women’s Day, tweeted and congratulated Afghan women, we can keep hope that they are changed ... if not, they are the old Taliban,” she tweeted.