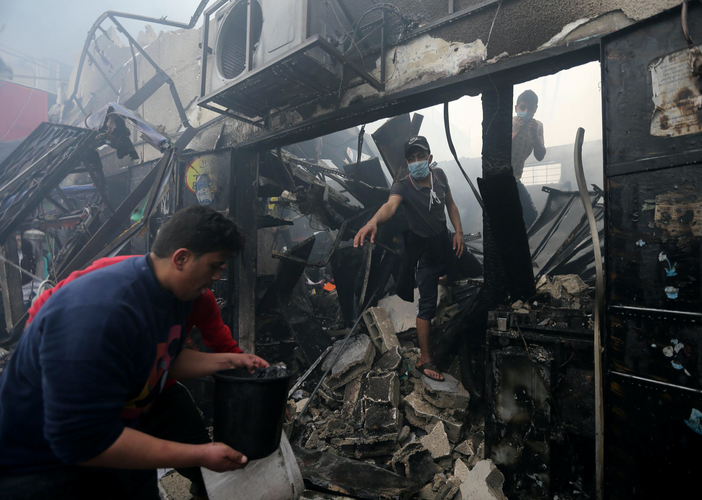 At least 10 people, including six children, were killed on Thursday when a bakery fire swept through a crowded market in a refugee camp in the Gaza Strip, health officials said, APA reports quoting Reuters.

Some 60 others were injured in the fire, of whom 14 were in critical condition, according to the Palestinian health ministry.

Witnesses said they heard an explosion come from a bakery in the Nusseirat camp in central Gaza before a blaze engulfed the bakery and quickly spread to nearby stores, factories and cars parked along the street.

Gaza’s interior ministry, which is run by the enclave’s Islamist rulers Hamas, said the fire resulted from a gas leak inside one of the bakeries that caused several cooking gas bottles to explode.