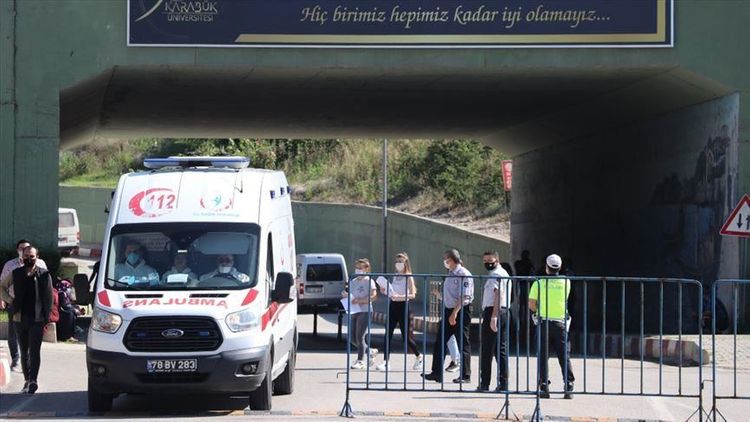 Turkey announced on Sunday 1,413 more recoveries from the novel coronavirus over the past 24 hours, bringing the tally to over 170,000, according to the country’s health minister, APA reports.

A total of 1,413 people beat COVID-19 in the past day, raising the overall count to 170,595, Fahrettin Koca said on Twitter, citing the Health Ministry data.

Koca said the total number of recoveries today is 571 lower than yesterday.

“We are not fast enough in reducing the number of cases and not fully cautious in the fight [against the virus]. The summer season should not cause too much relaxation,” he noted.

The country's death toll from the virus rose to 5,097, as it reported 15 new fatalities.

Health care professionals conducted 48,309 tests for the disease in the past day, raising the total count to over 3.28 million.

According to the test results, the total number of infections nationwide reached 197,239 with 1,356 new infections.

“There are 16 fewer people diagnosed compared to yesterday and 40 compared to the previous day,” Koca said.

Since first appearing in China last December, the novel coronavirus has spread to at least 188 countries and regions. The US, Brazil, and Russia are currently the countries hardest hit in the world.

The pandemic has killed almost 500,000 people worldwide, with over 10 million confirmed cases and more than 5.08 million recoveries, according to figures compiled by the US' Johns Hopkins University.