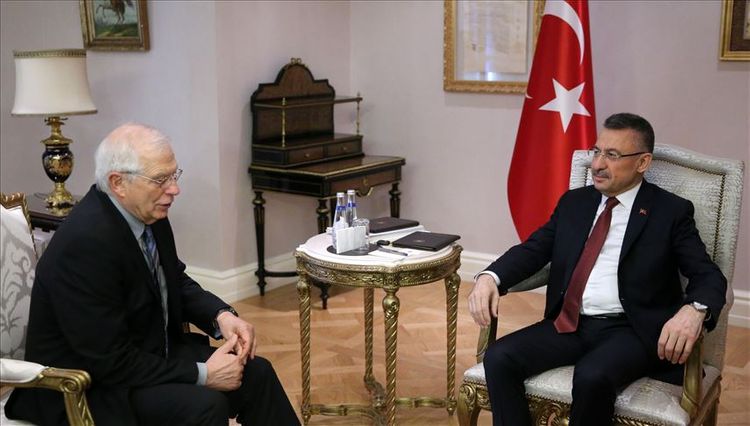 In a one-hour closed-door meeting in Cankaya Palace in the Turkish capital Ankara, 2016 Turkey-EU deal, including issues such as migrants, visa exemption, the Customs Union, and EU membership negotiations, were discussed.

During the meeting, it was stressed that the EU should fulfill its responsibilities and there should be a 'fair share of responsibility' among the parties.

The agreement on March 16, 2016, had pledged visa-free travel to Turkish citizens along with financial support, resettlement, and revising of the Customs Union.