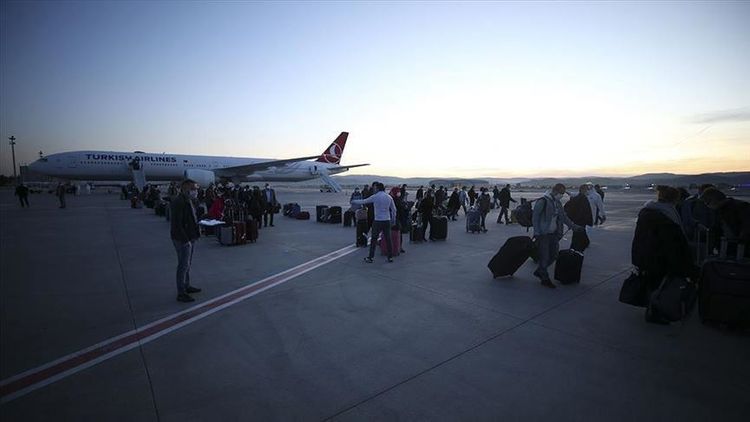 As part of Turkey's efforts to evacuate its nationals from abroad amid the coronavirus pandemic, as many as 1,765 Turkish citizens were brought back to the country over the past 24 hours, a Turkish official said Saturday, APA reports citing Anadolu Agency.

The nationals were brought back from the U.K., Netherlands, Poland, Ukraine, Kuwait and Kazakhstan, Yavuz Selim Kiran, deputy foreign minister, said on Twitter.

The citizens have been put under quarantine as part of measures to curb the spread of the virus.

The virus has spread to 185 countries, infecting nearly 2.25 million patients and killing more than 154,200 worldwide since it first emerged in the Chinese city of Wuhan late last year, according to U.S.-based Johns Hopkins University data.