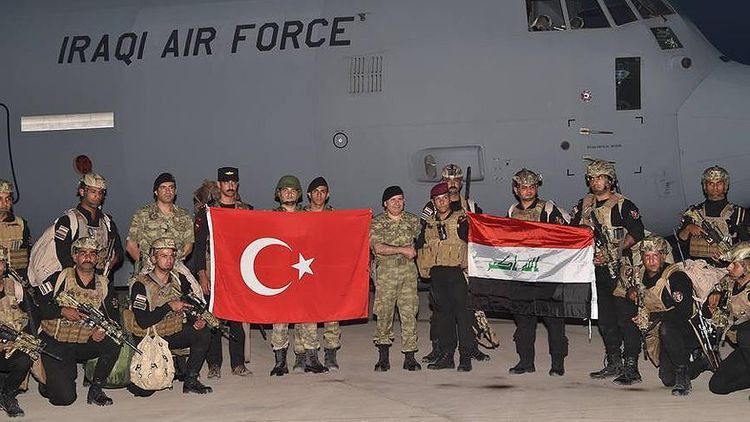 Hami Aksoy responded to a question regarding an Iraqi presidential spokesperson’s statement about Turkey’s recent Claw-Tiger and Claw-Eagle operations that had unrealistic claims about civilian casualties during maneuvers in northern Iraq.

Aksoy said the baseless claims were originated by the PKK/YPG terror organization and its supporters in an attempt to defame Turkey’s struggle against terror.

He said Iraqi authorities should not be an instrument for terrorists' black propaganda.

“We pay great attention to ensuring the safety of civilians in each of the planning and execution phases of our operations," he said in a statement. "Actually, this is also known by Iraqi authorities. The records of our heroic armed forces on this matter is clear. With this regard, we would like to reiterate one more time our expectations such as cooperation and acting in harmony with Turkey against the PKK/YPG terror organization which is also threatening Iraq’s stability, security, and territorial integrity.”

Turkey's Claw-Tiger and Claw-Eagle were launched last week to ensure the safety of Turks and borders by neutralizing the threat of the PKK and other terrorist groups, who often use northern Iraq to plan cross-border attacks.

In its more than 30-year terror campaign against Turkey, the PKK – listed as a terrorist organization by Turkey, the US, and EU – has been responsible for the deaths of 40,000 people, including women, children, and infants.