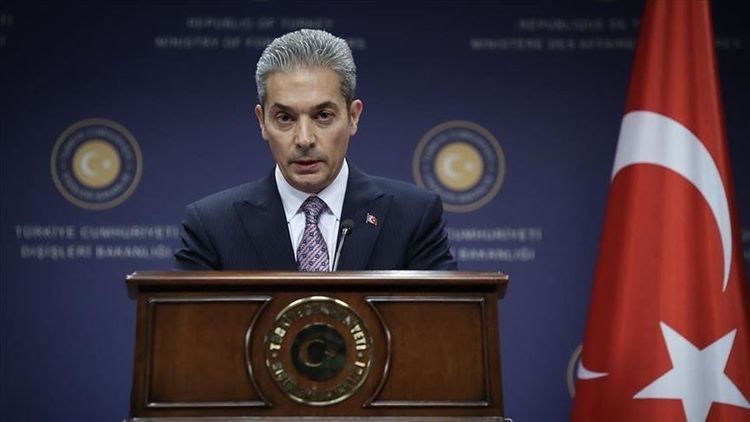 Turkey blasted Greece’s prime minister Friday after he sent a letter to European leaders urging a reduction in financial support to Ankara amid a refugee crisis, APA's Turkish bureau reports.

“Greece's inhuman and embarrassing treatment of the refugees who came to its doorstep before the eyes of the whole world is still in memory," according to the statement.

A 2016 deal between Turkey and the EU was reached to stop irregular refugee flows and improve the conditions of Syrian refugees in Turkey.

The EU pledged €6 billion ($6.5 billion) in aid for refugees but has transferred less than half of that, according to Turkey.

According to Ankara, the EU also backed away from political commitments as part of the deal, including visa liberalization for Turkish citizens traveling to Europe, opening new chapters for Turkey joining the Union accession process and negotiations on upgrading the EU-Turkey Customs Union.