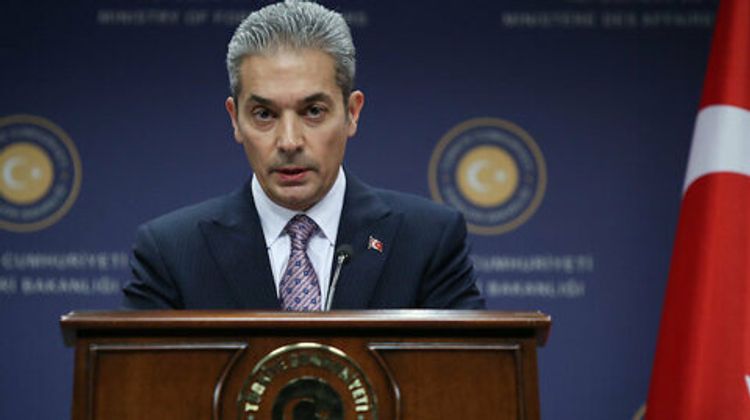 Turkey on Wednesday slammed a report by the US Commission on International Religious Freedom which recommended the US government include Turkey on its "Special Watch List" (SWL) for engaging in or tolerating severe violations of religious freedom, APA reports citing Anadolu.

"The report contains baseless, unaccredited and vague allegations as in the past years while trying to portray isolated incidents as violations of religious freedoms through far-fetched accusations," Turkish Foreign Ministry spokesman Hami Aksoy said in a written statement.

"This biased and unsubstantiated approach casts doubt on the credibility of the report," Aksoy said, adding that it was a clear indication of the "biased mindset behind it" and "the circles under whose influence it was drawn up."

Highlighting the importance attached by Turkey to protect religious freedom, including that of religious minorities, he said his country made it clear that it would not tolerate any harm to the religious liberty of its people.

Aksoy also accused the report of excluding any mention of xenophobia, Islamophobia and discrimination on religious grounds on the rise in the West and the US.

"This clearly reveals that the purpose of the report is not to protect religious rights and freedoms. It is clear that the Commission, which has been accused of being anti-Muslim in the past, has drawn up this report based on its unwarranted agenda and priorities under the influence of circles that are hostile to Turkey, rather than objective criteria," he underlined.