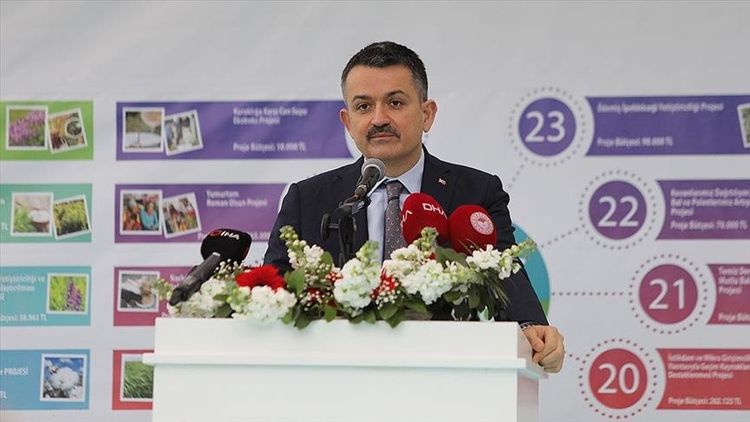 Food banking will be one of the most effective weapons in preventing food waste in Turkey, the country’s forestry and agriculture minister said on Tuesday, APA reports citing Anadolu Agency.

“It is our duty to identify deficiencies and improve the food banking system. The responsibility of the municipalities is to encourage the use of this system,” Bekir Pakdemirli said in an online workshop on food banking in municipalities.

“There are many food banks among our municipalities that are following this practice properly and can inspire others too.”

He said some 4.9 million loaves of bread go to waste in Turkey every day, while fruit and vegetable loss reaches up to 50%.

“In the service sector, there is a waste of 4.2 tons of food and 2,000 liters of beverages per business per year,” said Pakdemirli.

This translates to 19 million tons of food going to waste every year, equivalent to an amount that would be transported by about 625,000 garbage trucks, the minister explained.

“I would like to give a striking figure for the food sector in our country. Its estimated turnover is 500 billion Turkish liras ($62 billion) per year. If we reduce food waste by around 2%, it means saving 10 billion liras (over $1.2 billion). If we manage to cut it by 5%, that means we save 25 billion liras (over 3 billion),” he added.