Turkish Defense Minister: "Ankara would support Baku with "all its resources"" 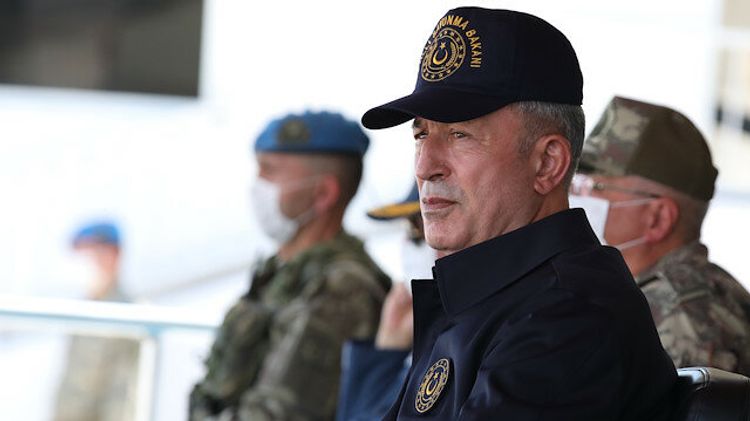 Turkey said on Sunday that Armenia must immediately cease hostility towards Azerbaijan that will "throw the region into fire", amid clashes between Armenian and Azeri forces over the breakaway region of Nagorno-Karabakh, APA reports citing Yeni Shafak.

Armenia on Sunday declared martial law and mobilised its male population after clashes with Azerbaijan over Nagorno-Karabakh, in which sources on both sides reported fatalities. Turkey has condemned Armenia for what it said were provocations against Azerbaijan.

"The biggest obstacle to peace and stability in the Caucasus is the hostile stance of Armenia and it must immediately turn back from this hostility that will send the region into fire," Turkish Defence Minister Hulusi Akar said on Sunday, adding that Ankara would support Baku with "all its resources".