Turkish Foreign Ministry: EU should act impartially if it wishes for a solution in the Eastern Mediterranean 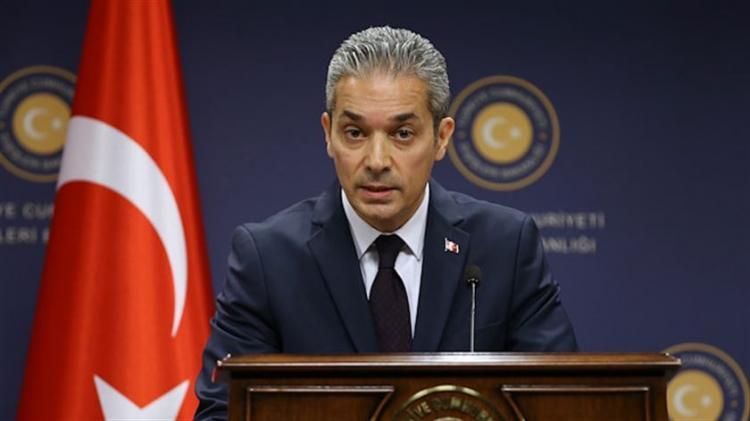 "The cause of the tension in the Eastern Mediterranean is Greece and the Greek Cypriot Administration (GCA), with their maximalist actions and claims in contravention of international law. The unconditional support given by the EU on the pretext of union solidarity, to this duo, who tries to ignore the legitimate rights and interests of our country and the Turkish Cypriots in the Eastern Mediterranean, further escalates the tension," said Spokesperson of Ministry of Foreign Affairs of Turkey Hami Aksoy in response to a question regarding the statement to the press following the informal meeting of Ministers of Foreign Affairs of the EU, APA reports citing Turkish MFA.

"It is not up to the EU to criticize Turkey’s hydrocarbon activities within its own continental shelf and to call for their termination. Because, as confirmed by the European Court of Justice, the EU has no jurisdiction on this matter. This call is contrary to the EU's own acquis and international law.

We invite the EU and EU member states not to support Greece's maximalist claims in contravention of international law, under a pretext of union solidarity.

Greece is not an archipelagic state. It is against international law and jurisprudence for Greek islands, especially Kastellorizo, that are closer to the Anatolian peninsula, to have a continental shelf.

EU’s resort to a language of sanctions, while Turkey always underlines dialogue and diplomacy, will deteriorate the solution of current problems. Such language will only strengthen Turkey’s determination. Turkey, despite all the unlawful alliances established against her, will continue to resolutely protect her and Turkish Cypriots’ rights and interests.

If a solution to the issue is genuinely desired, Greece and the Greek Cypriot Administration should recognize that the situation at hand is no longer sustainable and they need to understand that they should not act based on the wrong calculations of those behind them. Consequently, the EU should act impartially and be an honest broker, if it wishes for a solution in the Eastern Mediterranean," said the spokesperson of the Turkish Foreign Ministry.