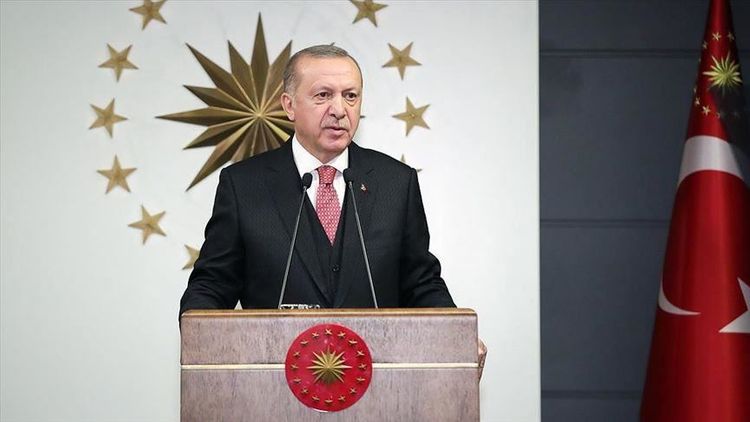 Turkey's president on Monday launched a National Solidarity Campaign to aid fight against the novel coronavirus, donating seven months of his own salary to the initiative, APA reports citing AA.

"I am launching the campaign personally by donating my seven-month salary," Recep Tayyip Erdogan said in his address to the nation.

Cabinet members in the government and lawmakers have donated 5.2 million Turkish liras ($791,000) to the campaign, he added.

He also stressed that Turkey enjoys better medical facilities compared to other countries fighting the virus, saying: "Turkey is rapidly opening new hospitals while also strengthening the existing ones."

"We are determined to use all means to curb the spread of the virus", he added.