Turkish President: "Turkey will heavily retaliate if its posts hit in Syria" 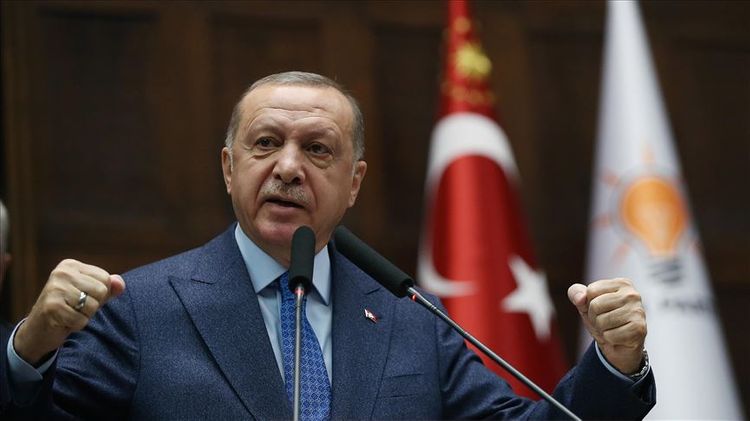 “Turkey will do more than mere retaliation if its observation posts in Idlib are targeted,” Recep Tayyip Erdogan told ruling Justice and Development (AK) Party deputies meeting in the capital Ankara.

Turkey launched Operation Spring Shield on Feb. 27 in the region after at least 34 Turkish soldiers were martyred in a Syrian government airstrike in Idlib, and after repeated violations of previous cease-fires.

Under a 2018 deal with Russia, the Turkish troops were in Idlib to protect civilians from attacks by the regime and terrorist groups.

“We are closely monitoring the deployment of the Syrian government and allied militants near the cease-fire lines,” he said, stressing that Turkey will abide by the cease-fire deal so long as the Assad regime and its allies do the same.

Under the cease-fire deal in Idlib, located just south of the Turkish border, all military activities are to end there, along with the establishment of a security corridor 6 kilometers (3.7 miles) to the north and south of the key M4 highway.

"Hopefully, Turkey will come out of this without any casualties. This is our wish. No virus is stronger than our measures," said Erdogan.