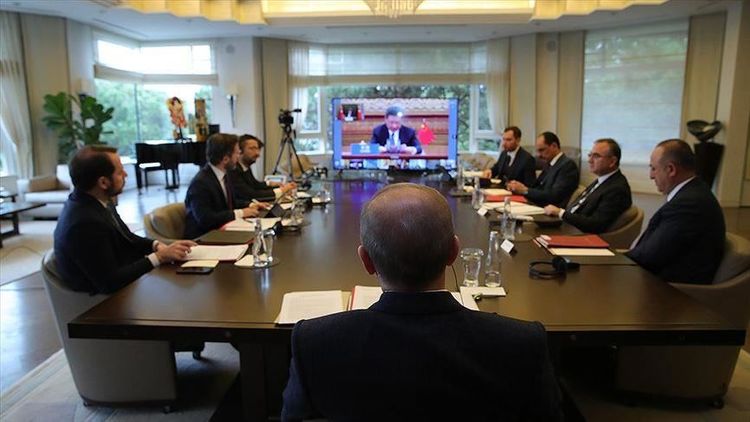 Turkey's president on Thursday took part in an extraordinary meeting of leaders of the G20 economic bloc focusing on the coronavirus pandemic, APA reports citing Anadolu.

Via videoconferencing, Recep Tayyip Erdogan took part in the meeting from Huber Palace in Istanbul.