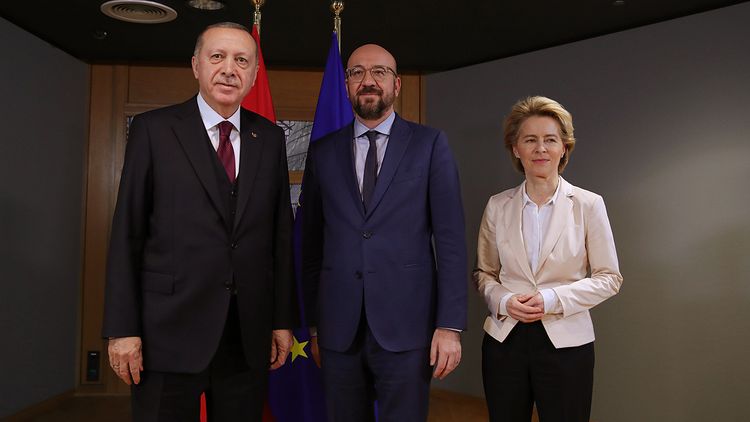 Turkey's president on Monday met with European leaders as part of his one-day working visit in Brussels at the invitation of the European Council president, APA reports citing Anadolu Agency.

Turkey’s Foreign Minister Mevlut Cavusoglu was also at the meeting.

Sources from the Turkish Presidency called the meeting "fruitful".

Earlier today, in a statement, the presidency said: “Bilateral relations will be addressed thoroughly and steps to strengthen cooperation will be discussed during the meeting.”

It added: “On the agenda of the meeting will be the latest developments in Syria, particularly Idlib, and the refugee issue as well as other regional and global matters.”

Late last month, Turkey announced it would no longer stop asylum seekers from reaching Europe by land, while banning boat crossings as too dangerous.

In making the decision, Turkey complained that the European Union had failed to keep its pledges under a 2016 deal on migrants, and warned of a new refugee wave coming from the embattled province of Idlib, Syria, along Turkey's southern border. 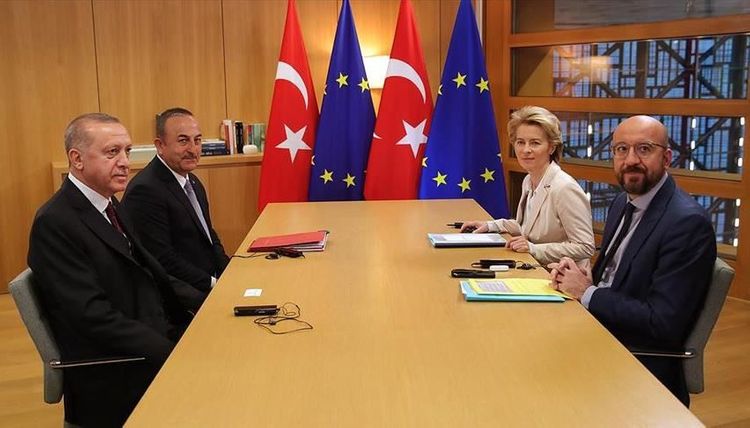