Two rockets fall near US embassy inside Baghdad's Green Zone 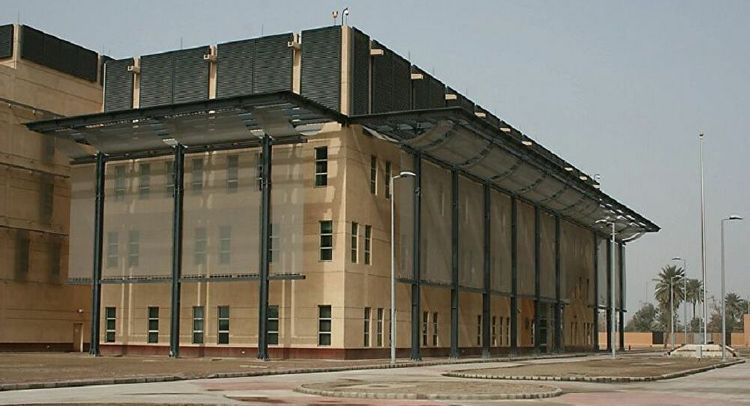 "Two Katyusha rockets fell today at noon [around 09:00 GMT] ... near the US embassy in the green zone, without causing any casualties", the source said.

Early on 5 July, the US Patriot air defence system repelled a rocket attack that targeted the US embassy in the Iraqi capital. One child was reportedly injured when the rocket fell on a residential building, located near the diplomatic mission.

The attack on the embassy happened several hours after the US forces located in Baghdad’s Green Zone tested the Patriot defence systems. Iraqi lawmakers have condemned the test, stating that it was a provocation.

The green zone occasionally suffers from rocket attacks on account of it being the location where the government buildings and foreign embassies are situated, which is also not far from Baghdad International Airport, adjacent to a military airfield. As a rule, such incidents do not result in casualties among the civilians and do not entail significant damage.

In mid-June, the joint command of the Iraqi armed forces said that Prime Minister Mustafa Al-Kadhimi had ordered the creation of special committees to curb such attacks.