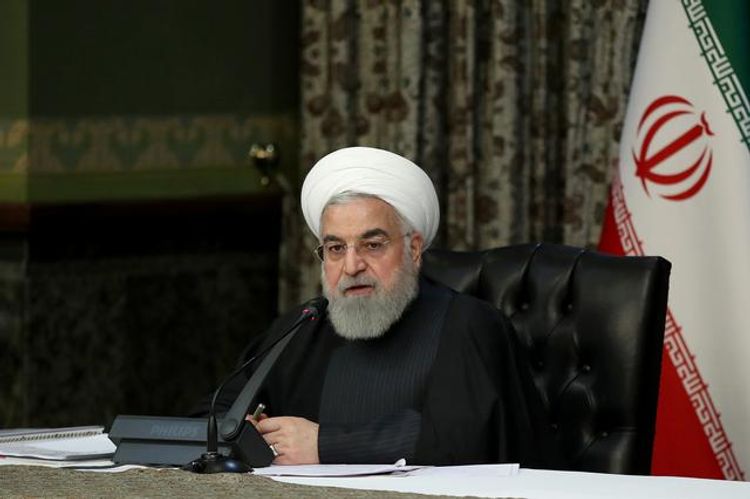 President Hassan Rouhani said Iran’s fight against the coronavirus was being “severely hampered” by U.S. sanctions, as state television reported that the death toll from the illness rose on Saturday to 611, up nearly 100 from a day earlier, APA reports citing Reuters.

State media said Rouhani wrote to a number of world leaders, without naming them.

“In (a) letter to counterparts @HassanRouhani informs how efforts to fight #COVID19 pandemic in Iran have been severely hampered by US sanctions, urging them to cease observing them,” Iranian Foreign Minister Mohammad Javad Zarif said on Twitter.

“It is IMMORAL to let a bully kill innocents,” Zarif said.

Iran, the worst-affected country in the Middle East, said on Thursday it had asked the International Monetary Fund (IMF) for $5 billion in emergency funding to combat the coronavirus outbreak.

The escalating outbreak has damaged Iranian businesses and is bound to hit its non-oil exports after many neighbouring countries and trade partners shut their borders.

A Health Ministry official, cited by TV on Saturday, put the total number of infections in the country at 12,729.

Tehran governor general Anoushirvan Mohseni-Bandpey denied that officials were planning a lockdown in the capital, state TV reported, after people posted messages on social media saying that residents would not be allowed to leave their homes from Sunday.

“Tehran’s governor-general rejected any rumour about a lockdown in Tehran as a ‘big lie’,” state television said in a news flash.

Working hours in government offices would not be changed in the next few days and large supermarkets would extend their business hours, Mohseni-Bandpey was quoted as saying by the TV.

Health Minister Saeed Namaki earlier said that officials had approved plans to set up screening stations outside a number of cities.

Officials have expressed concern about the possibility of infections spreading during Nowruz, the Iranian new year starting on March 20, which is usually a period when families travel to vacation spots around the country.

On Friday, state media said security forces would empty the streets of cities across Iran within a day in a drive to fight the spread of the virus, after officials repeatedly complained that many Iranians have ignored calls to stay home and avoid travel.

Iran’s economy was already battered by U.S. sanctions that curb oil and gas exports crucial for government revenues. A slowdown in economic activity caused by the virus outbreak and a sustained closure of its borders are expected to lead to a contraction this year, analysts have said.