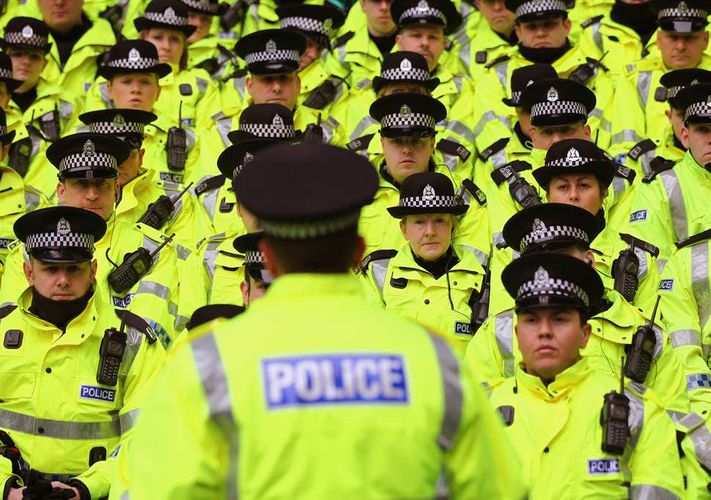 British police will launch a review of the 2000 probe of the disappearance of the ruler of Dubai’s daughter in Cambridge following a court ruling that he abducted and detained her against her will, Cambridge police said, APA reports citing Anadolu.

According to the ruling, made public on Thursday, Sheikh Mohammed bin Rashid al-Maktoum, currently vice president and prime minister of the United Arab Emirates, "ordered and orchestrated" the abduction from Cambridge, England and forced return to Dubai of Sheikha Shamsa in August 2000 and her sister Sheikha Latifa twice, in 2002 and again in 2018.

The judgment by a civil court, which has no authority to make criminal judgments, came to light after a legal battle between al Maktoum and his estranged wife Princess Haya Bint Al Hussain, who fled to the U.K. with her two daughters last year.

Shamsa, now 38, was abducted from the streets of Cambridge in August 2000.

“An investigation into the alleged abduction of Shamsa Mohammed Bin Rashid al-Maktoum in 2000 was carried out by Cambridgeshire Constabulary in 2001. With the evidence that was available to us this was insufficient to take any further action,” Cambridge police said on Friday.

A 2017 review also concluded there was insufficient evidence for further action.

"The burden of proof and evidential requirements are significantly different in family court proceedings to that of criminal proceedings, however, in light of the recent release of the judgment, aspects of the case will now be subject to review,” the statement added.

The judgement by Sir Andrew McFarlane, president of the family division of the high court in England and Wales, records the disappearances of Princesses Shamsa and Latifa in 2000 and 2018, respectively.

The civil court judgement also found al-Maktoum orchestrated a campaign of intimidation and harassment against his ex-wife Princess Haya.

Haya told the civil court that al-Maktoum wanted to force one of her daughters to enter an arranged marriage with Saudi Arabia’s Crown Prince Mohammed bin Salman – identified as being the person who likely ordered the murder of journalist Jamal Khashoggi by various reports, including UN Rapporteur Agnes Callamard’s.

According to the judgement, al-Maktoum attempted to have Haya abducted by helicopter, arranged for guns to be left in her bedroom, taunted her about her alleged adulterous relationship with a bodyguard, divorced her without telling her, and threatened to seize the children.

“I have ... concluded that, save for some limited exceptions, the mother has proved her case with respect to the factual allegations that she has made," McFarlane said.

“These findings, taken together, demonstrate a consistent course of conduct over two decades where, if he deems it necessary to do so, the father [Sheikh Mohammed] will use the very substantial powers at his disposal to achieve his particular aims.”

Meanwhile, the detective who investigated Shamsa’s kidnapping told the local press that his inquiry was shut down to save official embarrassment.

David Beck is the retired policeman who was investigating the 2000 abduction of the teenage princess when the case was shelved amid alleged meddling from the British Foreign Office.

It is alleged that then-Foreign Secretary Robin Cook was involved in the decision as a “diplomatic favor” to al Maktoum.

Beck, 65, said he was told that the case was being shelved due to “significant sensitivities,” according to a report by the Daily Mail.

Beck was quoted by the British tabloid as having said that he had never forgotten the plight of Princess Shamsa, who ran away at 19 because of her father’s oppressive treatment of women and girls.

Shamsa fled al Maktoum’s Surrey estate, but after weeks on the run she was grabbed by four armed men, injected with sedatives, and taken back to Dubai, according to her own testimony.

On Friday Tony Blair, who was prime minister in 2000, and Jack Straw, Robin Cook’s successor as foreign secretary from 2001, denied any knowledge of the case.