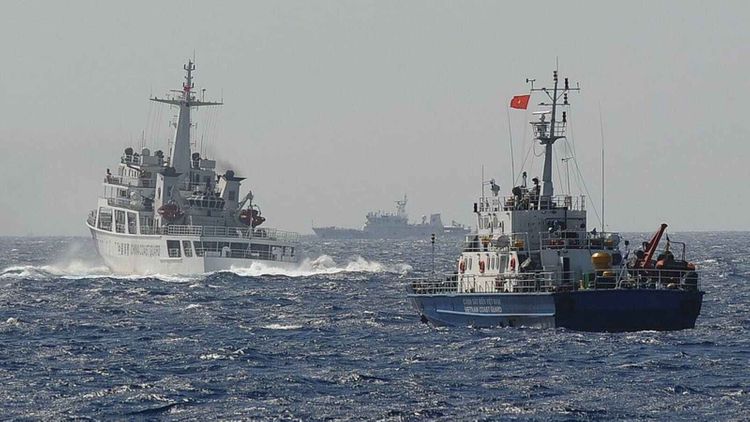 Vietnam has lodged an official protest with China following the sinking of a Vietnamese fishing boat it said had been rammed by a Chinese maritime surveillance vessel near islands in the disputed South China Sea, APA reports citing Reuters.

The Vietnamese fishing vessel, with eight fishermen onboard, was fishing near the Paracel Islands on Thursday when it was rammed and sunk by the Chinese vessel, Vietnam’s foreign ministry said in a statement posted on a government website on Saturday.

All the fishermen were picked up by the Chinese vessel alive and were transferred to two other Vietnamese fishing vessels operating nearby, the Vietnam Fisheries Society said in a statement posted to its website.

“The Chinese vessel committed an act that violated Vietnam’s sovereignty over the Hoang Sa archipelago and threatened the lives and damaged the property and legitimate interests of Vietnamese fishermen,” the foreign ministry said in its statement, referring to the Paracel Islands by its Vietnamese name.

Vietnam and China have for years been embroiled in a dispute over the potentially energy-rich stretch of water, called the East Sea by Vietnam.

The incident marks the second time in less than a year a Vietnamese fishing vessel has been reportedly sunk by a Chinese vessel near the China-controlled Paracels.