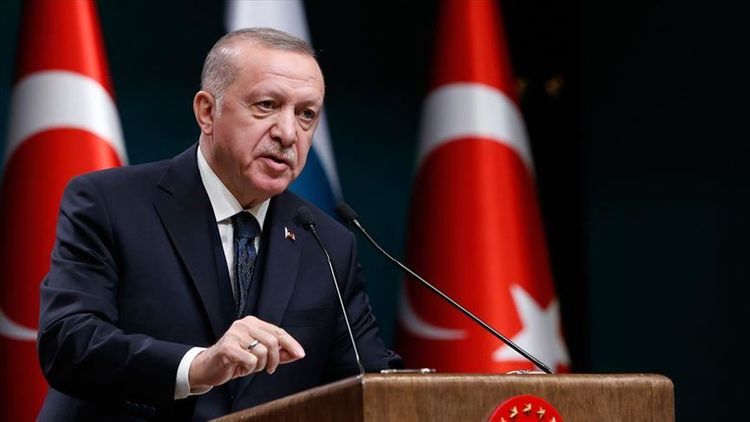 Erdogan made the remarks after receiving Bulgarian Prime Minister Boyko Borisov at the presidential complex, where they discussed the ongoing situation of migrants from Syria.

He said 1,500,000 people needed to leave their homes in Idlib and had arrived at Turkey’s borders.

Erdogan noted that the EU had not fully met the requirements under the March 18, 2016 EU-Turkey refugee deal and expectations on responsibility sharing remained unanswered.

Criticizing the EU's double standards, he said If the European Union does not support fair burden sharing with Turkey, the border gates will have to remain open.

He said Turkey rejected Europe's offer of 1 billion euros in migrant aid because Ankara had already spent $40 billion and would find a way to earn that money.

Erdogan called on European Council President Charles Michel, who had visited the Turkish-Greek border, to also watch what the Greek Coast Guard does in the Aegean Sea.

Erdogan said while the EU is ignoring Turkey’s security concerns, it is even supporting Greece's human rights violations to prevent a migration influx.

He said Athens has no respect for international migration law and Greek security forces had killed two migrants and injured one.

He said asylum seekers and refugees are free to leave countries and they can choose where they want to go.

Supporting Erdogan in his speech, Borisov said no one understands the depth of the crisis on the Turkish-Greek border.

He said he did not understand why funds the EU had pledged for irregular migrants were not given to Turkey because one of the EU's main policies is burden sharing.