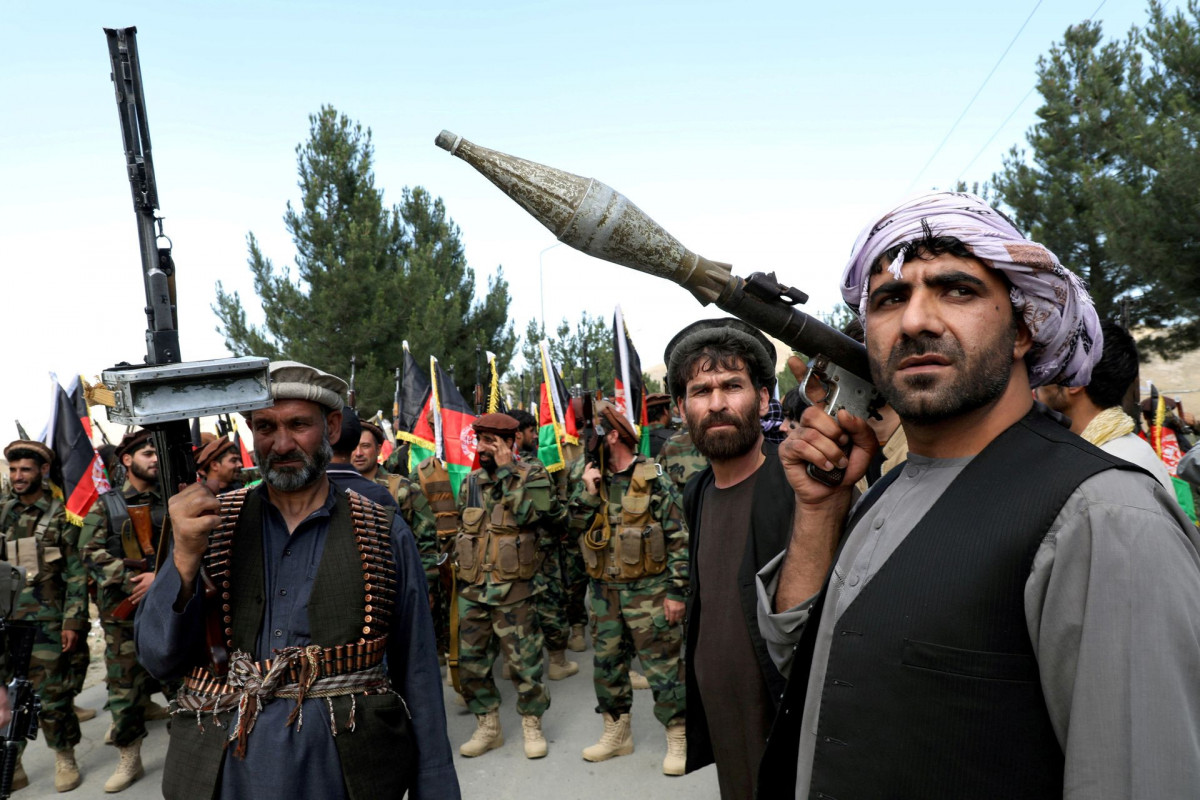 Gun in hand, 55-year-old Dost Mohammad Salangi recites poetry as he leads a small group of men to a look-out post high in the rugged hills of Parwan province, north of the Afghan capital Kabul, APA reports quoting Reuters.

Heavily bearded and wearing a traditional circular pakol hat to keep off the sun, he has a warning for the Islamist militant Taliban movement, which has increased attacks on Afghan forces and claimed more territory as foreign troops withdraw.

"If they impose war on us, oppress us and encroach on women and people's property, even our seven-year-old children will be armed and will stand against them," he told Reuters.

Salangi is one of hundreds of former "mujahideen" fighters and civilians who have felt compelled to take up arms to help the army repel a growing Taliban insurgency.

The group's ascendancy on the ground comes as the last U.S.-led international forces prepare to leave after two decades of fighting that ended with no clear victory for either side.

"We have to protect our country ... now there is no choice as the foreign forces abandon us," said Farid Mohammed, a young student who joined a local anti-Taliban leader from Parwan.

He was speaking as the German military concluded the withdrawal of the second largest contingent of foreign troops after the United States with around 150,000 soldiers deployed over the past two decades, many of them serving more than one tour in the country.