At least 178 reportedly injured as clashes between Palestinians, Israeli police ongoing in Jerusalem 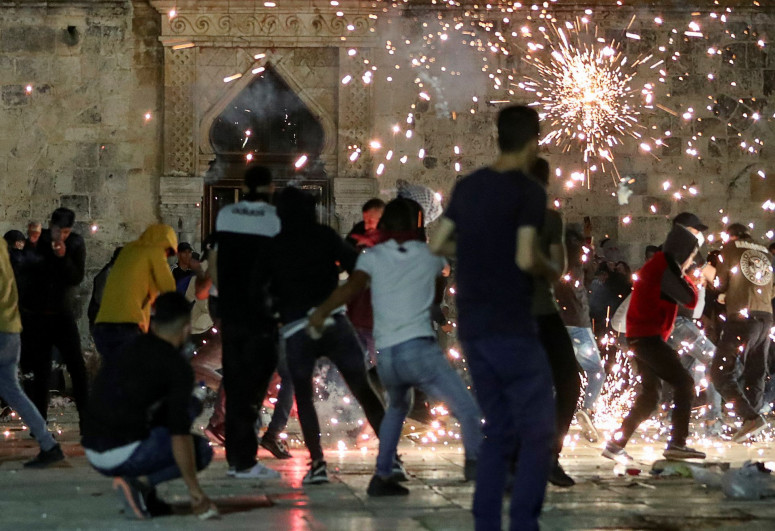 The city of Jerusalem saw heated squabbles between Palestinians and Israeli riot police on late Friday, with the latter saying that Palestinian worshippers who arrived at the Temple Mount started "disturbing the order" by throwing stones and fireworks, APA reports quoting Sputnik.

The Palestinian Red Crescent organization has revealed that 178 Palestinians were injured during the clashes, with some 88 hospitalized.

According to Israeli police, six officers were injured during the altercations in Jerusalem.

"At the end of the prayer on the Temple Mount, thousands of worshipers began to disturb the order, throwing stones and firing fireworks. Israeli police forces are operating at the scene and so far six policemen have been injured in the disturbances. The district commander is in the arena assessing the situation and has ordered the continued increased alertness towards the end of the prayers", according to an Israeli police tweet.