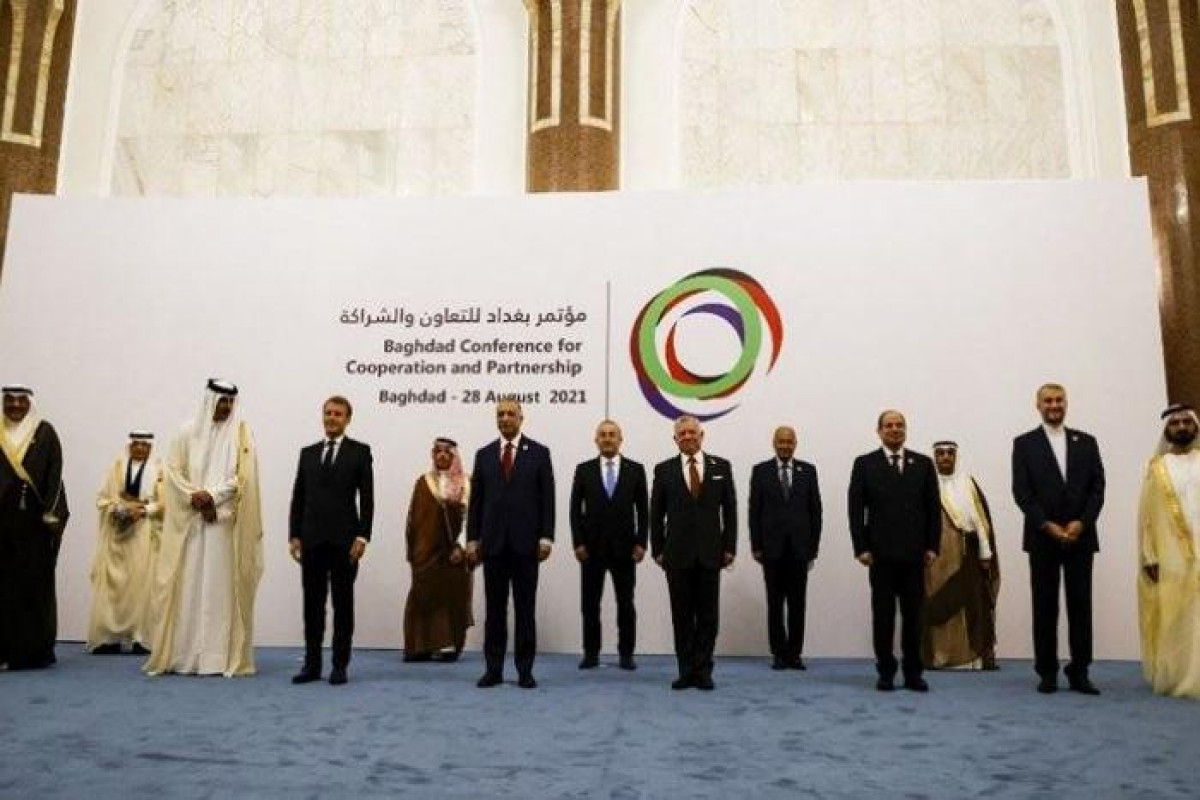 Iraq's Baghdad Conference for Cooperation and Partnership on Saturday closed with the agreement of participating countries to unify efforts to stabilize the region, APA reports citing Xinhua.

The opening session of the conference began in the afternoon with the participation of nine countries and several regional and international organizations to enhance security and economic cooperation in the Middle East.

Iraqi Prime Minister Mustafa al-Kadhimi said in his speech that the convening of the conference embodies Iraq's vision of establishing "the best relations," voicing his hope that economic partnerships will be achieved through the gathering.

Later in the day, the final conference statement welcomed the Iraqi diplomatic efforts to "reach a common ground at the regional and international levels to strengthen political, economic and security partnerships, adopt constructive dialogue, and consolidate understandings on the basis of common interests."

The participants acknowledged that the region "is facing common challenges that require the regional countries to deal with them on the basis of cooperation and mutual interests," the statement said.

They also renewed "rejection of all types and forms of terrorism and extremist ideology," the statement said.

The conference also stressed the need to continue "cooperation in confronting the COVID-19 pandemic through sharing expertise and exchange of successful experience," it added.

Meanwhile, Iraqi Minister of Foreign Affairs Fuad Hussein told a press conference that the conference, which he described as an "important historical event," will have influences on the Iraqi and regional situations in the future.

He said that the conference will ease pressures and tensions in the region, and there will be more such conferences later.