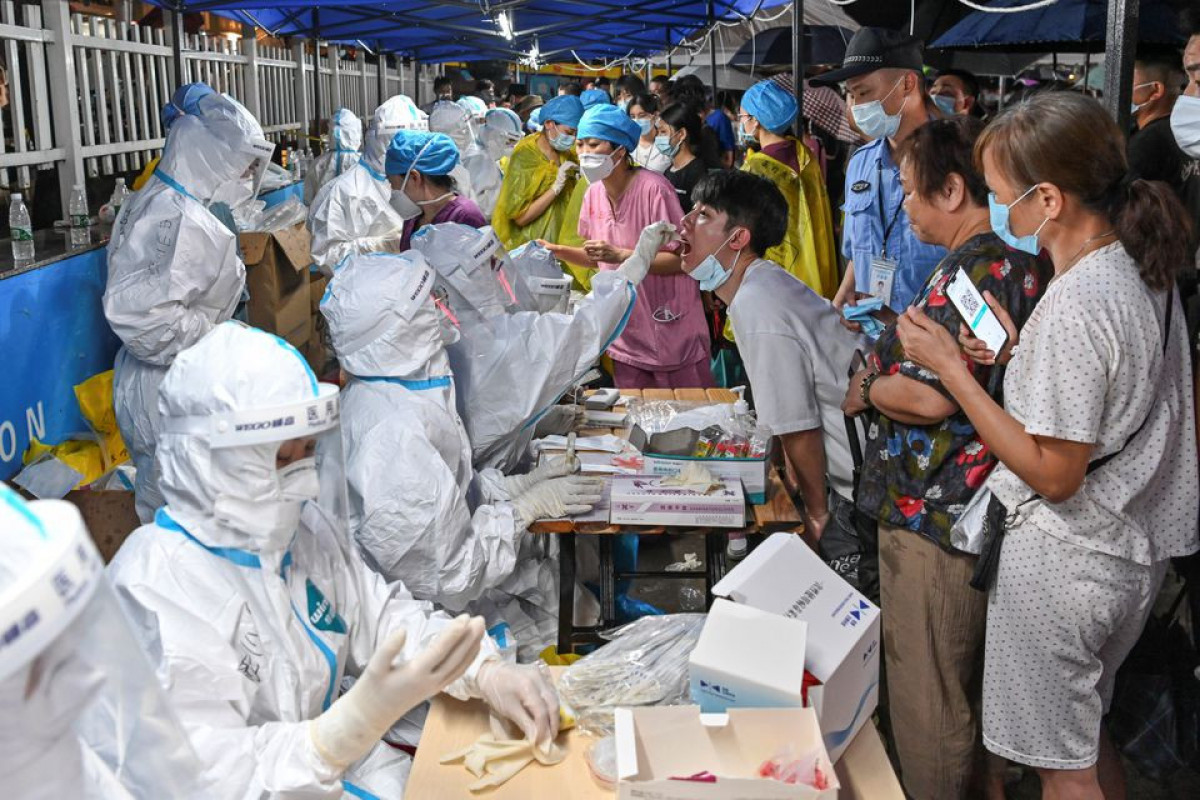 Cities in China’s most populous province of Guangdong have locked down compounds and streets and required negative COVID-19 test results for some travellers as local health officials sought to control the outbreaks, APA reports citing Reuters.

All 10 of China's locally confirmed mainland cases for June 1 were in Guangdong, the National Health Commission said on Wednesday, seven in the provincial capital Guangzhou and three in nearby Foshan city.

Guangdong, China's manufacturing and export hub and biggest province by economic output, has stepped up coronavirus prevention and control efforts since the latest wave of cases struck in late May.

Guangzhou has reported 41 locally confirmed cases between May 21 and June 1, and Foshan six cases.

The two cities have ordered residents in some neighbourhoods to be quarantined at home, and required people leaving the cities by plane, train or long-distance bus to show proof of a negative COVID-19 test within three days.

The cases have spurred some Guangzhou residents with no advance appointments for COVID-19 vaccine shots to converge at inoculation venues.

Crowds at some sites have been "severe", Zhang Zhoubin, a Guangzhou disease control official, told reporters on Tuesday.

Guangzhou has suspended individual appointments and made key groups a priority for vaccination, in a bid to ensure sufficient medical staff to work on virus containment.