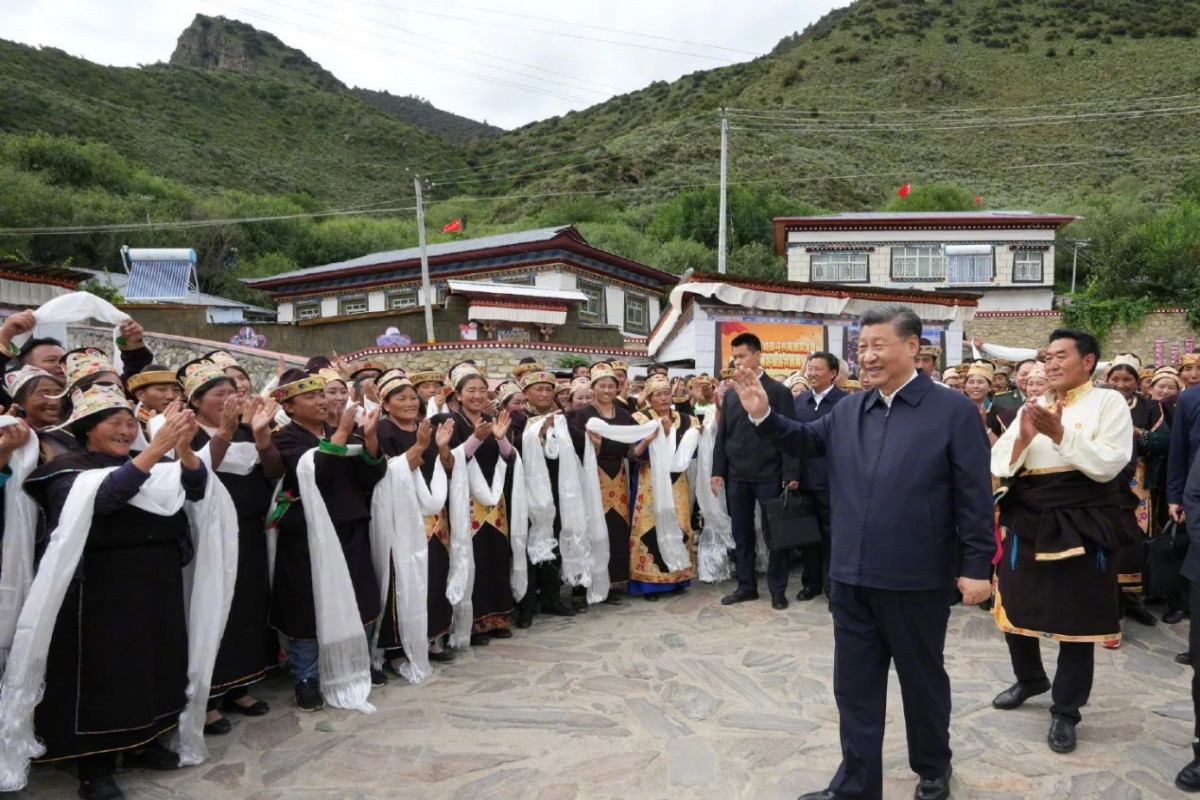 Xi flew into the city of Nyingchi on Wednesday and took a train to Tibetan capital Lhasa the following day along a section of the high-elevation railway being built to link the mountainous border region with Sichuan province.

In Lhasa, Xi visited a monastery and the Potala Palace Square, and "inspected ethnic religion" and Tibetan cultural heritage protection, according to Xinhua. The palace is the traditional home of Tibetan Buddhism's spiritual leader, the Dalai Lama, who is in exile and has been branded a dangerous separatist by Beijing.

In Nyingchi, he also inspected rural rejuvenation and environmental protection.